When asked if the current tax structure is discouraging Toyota from launching more hybrids in India, he said, "We want to bring, we have products (in Toyota's global portfolio) (but) at the moment taxation system is not favourable". 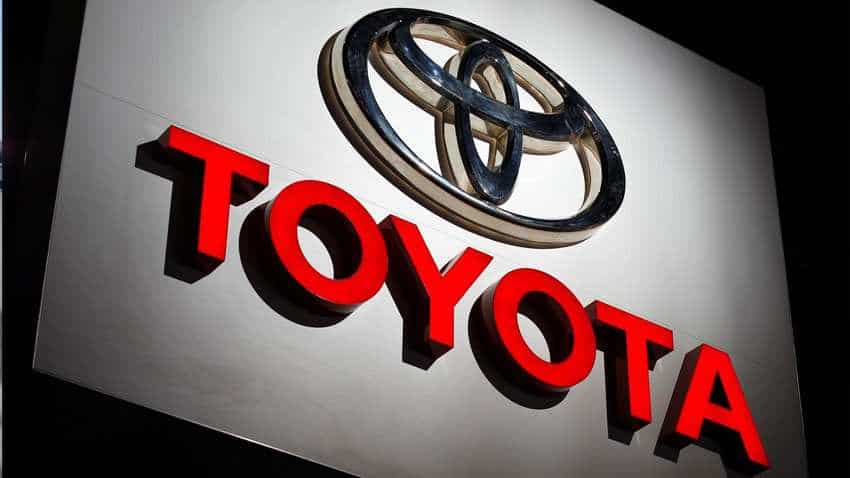 Toyota has maintained that while the future of eco-friendly mobility lies in electric vehicles, Photo: Reuters
Written By: PTI
RELATED NEWS

Hybrid vehicle sales in India are restricted by high taxation and unless it is reduced, volumes of such cars will remain low, a top official of Toyota Kirloskar Motor said.
The company, which has been advocating technology agnostic approach towards popularisation of clean energy fuels, said under the current circumstances further investments on hybrid vehicles in India are not feasible.

"If we have to popularise hybrid technology in India we need to look at that taxation system," Toyota Kirloskar Motor (TKM) Managing Director Masakazu Yoshimura told PTI in an interview.

The total tax incidence on hybrid vehicles is 43 per cent, which is inclusive of GST, he said.

TKM currently sells its Camry hybrid priced at Rs 37.50 lakh (ex-showroom Delhi). It is assembled at the company's Bidadi plant in Karnataka.

When asked if the current tax structure is discouraging Toyota from launching more hybrids in India, he said,"We want to bring, we have products (in Toyota's global portfolio) (but) at the moment taxation system is not favourable".

Toyota has maintained that while the future of eco-friendly mobility lies in electric vehicles, road towards full electric vehicles (EVs) will have to be bridged through hybrids which needs support from the government.

If customers realise the benefits of hybrid technology, it will become popular and then only it becomes feasible for investments, Yoshimura added.

He said the company has been seeking clarity from the government on the matter.

"Look at China, they incentivised hybrids, then PHEVs (plug-in hybrid electric vehicle) and EVs. Now, they are looking at FCVs (fuel cell vehicles). Strategically they are putting (efforts)," Yoshimura said.

When asked about new products in pipeline from the collaboration between Toyota and Suzuki, he said the two companies were jointly developing a mid-sized multi-purpose vehicle that will be produced at TKM's Bidadi factory near Bengaluru.

In March this year, Toyota and Suzuki expanded scope of collaboration including manufacturing of Suzuki-developed compact SUV Vitara Brezza at Toyota's plant in India from 2022. Besides, Suzuki will supply its Ciaz sedan and Ertiga multi-purpose vehicle to Toyota in India.

The two partners had also agreed to extend their collaboration to Europe and Africa over and above their partnership in India.

Suzuki will supply its India-produced vehicles -- Baleno, Vitara Brezza, Ciaz, Ertiga -- to Toyota for the African market as well.

Toyota on the other hand will provide Suzuki its hybrid electric vehicle (HEV) technologies in India through local procurement of HEV systems, engines, and batteries, while also supplying THS (Toyota Hybrid System) to Suzuki in the global markets.