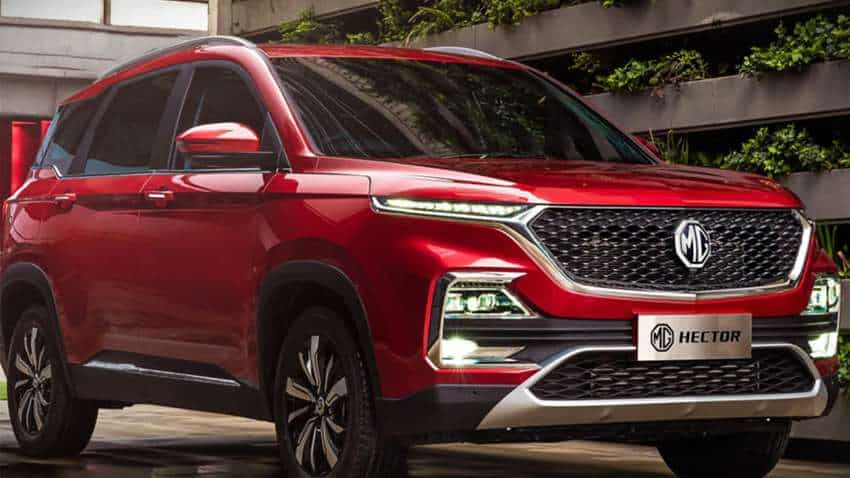 MG Motor India plans to increase production of its SUV Hector by around 30 per cent after BS-VI emission norms come into effect from April 1, according to a senior company official. Photo from MG Website.
Written By: PTI
RELATED NEWS

MG Motor India plans to increase production of its SUV Hector by around 30 per cent after BS-VI emission norms come into effect from April 1, according to a senior company official.

The company, which last week launched the ZS EV, is also set to review plans for a sub-Rs 10 lakh electric vehicle (EV) considering the robust response to its pure electric SUV.

"In case of Hector we are planning for another ramp up and hopefully that should happen in two-three months' time," MG Motor India President and MD Rajeev Chaba told PTI.

The company has received good response to Hector, its first model in India, and retailed 3,021 units in December 2019. Since its launch in July 2019, the carmaker recorded total sales of 15,930 units of the Hector.

"Right now we are focussing on smooth transition to BS-VI from BS-IV in terms of dealer stock. Based on next two months we will decide but we are thinking that around 3,500 to 4,000 (units) per month of Hector we can do," he said.

The first quarter will take some beating because of the stock adjustment, Chaba said, adding "but from April-May onwards it can be increased to 3,500 to 4,000 per month".

Right now the company is producing around 3,000 units of the Hector from its Halol plant.

With over 2,800 orders received for the ZS EV, way above its expectations, MG Motor India is considering to ramp up production of the vehicle to 300 or 400 units a month after three or four months, up from 200 units a month currently.

When asked about the company's plans for the sub-Rs 10 lakh electric vehicle in the wake of the robust response to ZS EV, Chaba said it "is also an interesting development now".

"I think we are going to review seriously what kind of shape and size, range and price that is needed for next generation EV," he said, adding "one concept will be there at the upcoming Auto Expo but we will modify it based on consumer response."

Elaborating on the though process behind it, he said,"The less than Rs 10 lakh EV has to generate interest in millennials and it has to be a very lifestyle kind of EV. So it won't be a normal mainstream design. It has to be different," he said, adding, "We will firm up our plans post Auto Expo depending on the response."