Automobile major Maruti Suzuki is likely to log a 5  per cent growth in wholesale sales during the upcoming January-March quarter, said the company`s Chairman R.C. Bhargava on Wednesday. 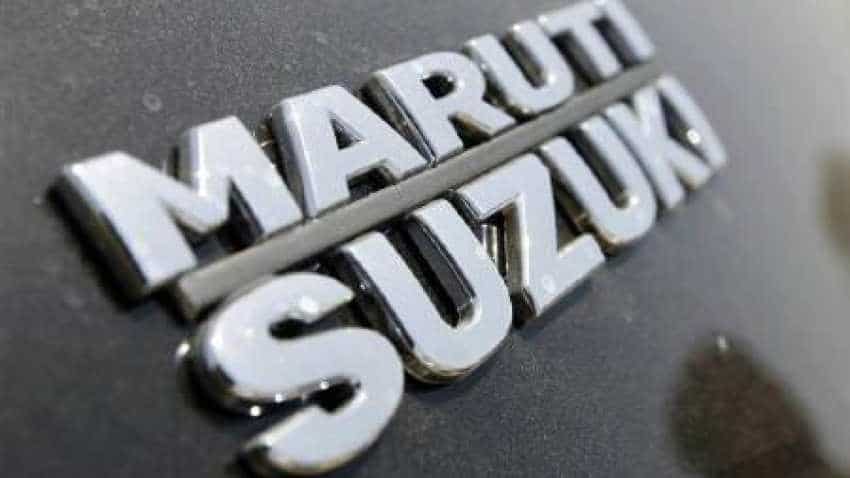 Maruti Suzuki is likely to log a 5 per cent growth in wholesale sales during the upcoming January-March quarter. Image source: Reuters
Written By: IANS
RELATED NEWS

Automobile major Maruti Suzuki is likely to log a 5 per cent growth in wholesale sales during the upcoming January-March quarter, said the company`s Chairman R.C. Bhargava on Wednesday.

Bhargava, in a media interaction here said that the first quarter of the calendar year 2019 would reverse the recent subdued trend.

"The wholesale figures in the first quarter next year will rise again, not to double digits, but to around 5 per cent. It will reverse the trend which you had in the last five-six months of low growth," he said.

He noted that likely offloading of stocks in December due to offers and incentives, would result in firm wholesale demand in the March ending quarter. "Good response" for the Ertiga also would pump sales, Bhargava told reporters.

The Maruti head further said that the company would launch a new car during the first quarter of 2019, although he did not reveal any further details on it.

Bhargava also spelled out the company`s plans to stop manufacturing Bharat Stage (BS)-IV compliant cars by the end of 2019. "Broadly, the production of BS-VI will largely come to a stop by December 2019," he said.

"We may still give you some BS-IV vehicles after December 2019 if there is a customer demand for those vehicles... and if we are sure that we can actually register the vehicle before March 31."

The company`s decision is in line with the Supreme Court`s order stating that no BS-IV vehicle should be sold in the country from April 1, 2020 as the BS-VI emission norms would come into force.

Bhargava also observed that the sale of BS-VI compliant diesel vehicles may take a hit as their prices would be significantly higher than BS-VI petrol models.

"In BS-VI, diesel car price will go up substantially and we will have to consider the customer preference to a diesel car at the new price of a BS-VI diesel car, which will be roughly Rs 2.5 lakh more than a petrol car of BS-VI," he said.

The Indian auto industry will fully migrate to manufacturing only BS-VI compliant vehicles on a pan India basis from April 1, 2020.

Earlier, the government had decided to "leapfrog directly from BS-IV to BS-VI grade by April 1, 2020, skipping BS-V altogether.