While it remains to be seen how the well the eVerito performs in terms of sales, the petrol and diesel variants of the car have flopped out. 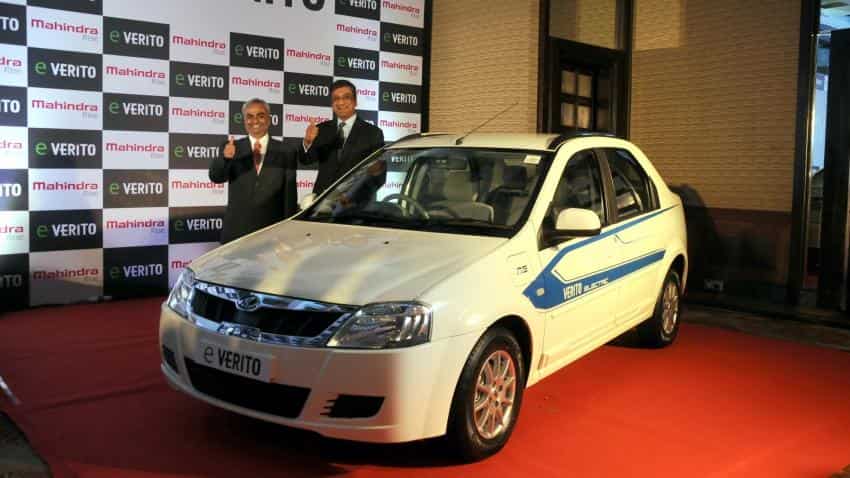 Can an electric model put a spark in Verito’s sales? Mahindra & Mahindra (M&M) surely thinks so.

The company, primarily diesel SUV maker, said that it made this switch keeping in mind issues such as climate change.

The general increasing dislike towards ‘dirty’ diesel cars, the National Green Tribunal’s ban on diesel cars with engine capacity of 2000 cc or higher, coupled with M&M’s own foray into electric vehicles when it bought India’s first electric car company Reva six years ago has made the company incline towards being more environment friendly with its car business.

Moreover, people are waking up to the love of electric cars and M&M is looking to launch more electric versions of their existing models.

eVerito has been priced between Rs 9.5 lakh to Rs 10 lakh (ex-showroom Delhi). It can run over a hundred kilometres and takes around eight hours for a full charge.

The car also has an option of ‘fast charging’ that fills 80% of the total battery capacity in under two hours.

On papers, eVerito sounds like a perfect city car for a customer who cares for the environment.

But can eVerito make its lacklustre past disappear?

M&M did not reply to questions emailed to them for the story.

Verito, earlier known as Logan, was the first car that was produced by the joint venture between M&M and Renault.

Logan too failed to perform and while it clocked in sales of 2,786 units in its launch month, these figures were down to an average of 1,561 units in November 2007, according to a LiveMint report.

By November 2008 the erstwhile Mahindra-Renault JV scaled back production of Logan by more than half, LiveMint report said. Production had reduced to 1,000 units from an average of 2,500 units a month.

The only thing that was driving its sales was the radio cab business that had just begun to bloom during that period and had a new found love for the car.

Meru Cabs which was expanding its fleet in 2008 had placed an order for 500 Logan cars, Quick Cabs too ordered for the same number of Logan vehicles. While Easy Cabs had ordered a new fleet consisting of 700 Logan’s, after purchasing 750 Logan’s earlier in 2008.

Naturally, the love affair between the two carmakers ended with this car.

Renault went its own way and M&M relaunched the car with a new name—Verito.

However, even after it was rebranded to Verito failed to entice customers with sales in July of 2011 at merely 1,510 units.

The only sedan from an SUV maker, can eVerito revive the fate of this segment for M&M?