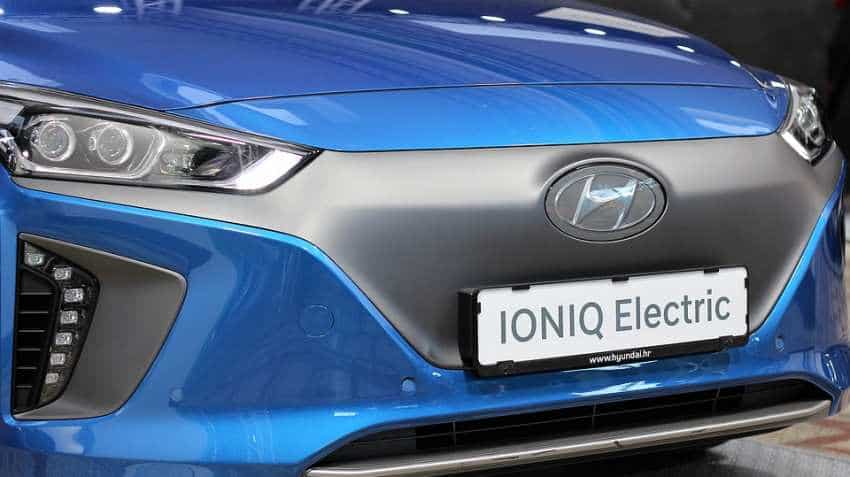 Hyundai plans to drive in its first EV in a complete knock-down (CKD) form in the country this year. Representative image: Pixabay
Written By: PTI
RELATED NEWS

South Korean auto major Hyundai is looking at various options for sourcing electric vehicle (EV) components in India, including local manufacturing of battery parts, a top company official said. The automaker, which is present in India through its wholly-owned subsidiary Hyundai Motor India Ltd (HMIL), said it is also looking for further clarity in government policy to drive in hybrid models in the country. "We are studying various options, not only us (HMIL) in India, but even Hyundai Motor Company (HMC) procurement division is looking at it," HMIL MD and CEO S S Kim told PTI when asked if the company plans to locally manufacture batteries for EVs.

The company's parent HMC is even contacting suppliers in India for battery components, he added.

Hyundai plans to drive in its first EV in a complete knock-down (CKD) form in the country this year. The vehicle would be assembled at Hyundai's Chennai-based manufacturing plant.

With the government pushing for local sourcing of EV components, Suzuki Motor Corp along with its partners is already in the process of constructing an automotive lithium-ion battery manufacturing plant at Hansalpur in Gujarat.

Tata Motors and Mahindra are also actively pursuing EV segment in the country.

Kim said government support is critical to support growth of EVs in the personal mobility space. "In many countries where the EVs are sold to private customers, they are supported by the government in terms of subsidies ... If OEMs need to push EV mobility, government push is critical, so we are expecting some more support," he added.

Under the FAME-II scheme with an outlay of Rs 10,000 crore, the government is primarily focusing on electrification of public transport.

When asked about launching hybrid vehicles in the country, Kim said the company will take a decision after further policy clarity on the segment from the government.

"Once the hybrid policy and its framework is readied by the government we will also plan our activity accordingly," he said.

On establishing a new factory, Kim said the installed capacity at the company's Chennai plant is currently enough to take care of the demand.

The company has added an additional capacity of 50,000 units, taking the total installed capacity at the plant to 7.5 lakh units per annum, he added.