Describing the situation “very serious” the JLR management has launched a turnaround for the company, by “re-calibrating” its investments plans and strategies on the lines of its parent Tata Motors. JLR has cut its planned spending by 500 million pounds and will now instead spend 4.03 billion pounds over this and next financial year, the executives said. 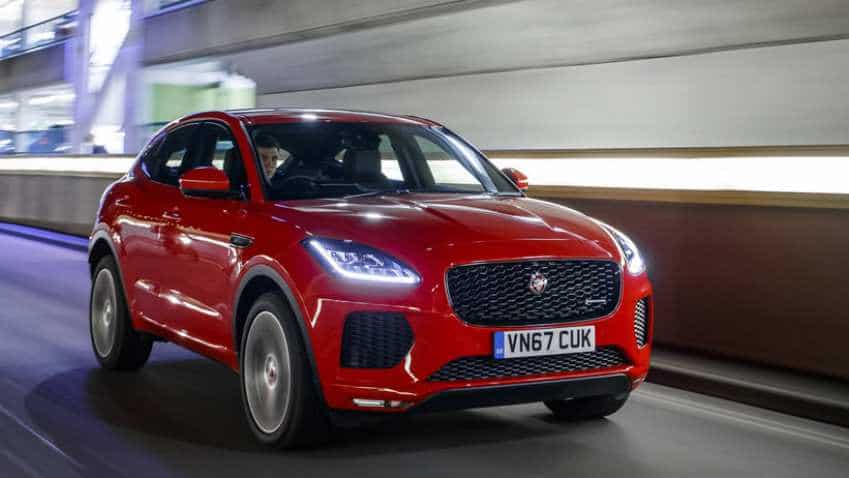 JLR has cut its planned spending by 500 million pounds and will now instead spend 4.03 billion pounds over this and next financial year, the executives said. Image source: Official website
Written By: Shahkar Abidi
RELATED NEWS

Tata Motors on Wednesday reported a consolidated net loss of Rs 1,009 crore for the second quarter ended September 30, 2018 dragged down by its British subsidiary Jaguar Land Rover (JLR), The company had reported a net profit of Rs 2,501.67 crore a year ago.

Total revenue from operations, however, rose 3.3% to Rs 72,112.08 crore as compared to Rs 69,838.68 crore in the year-ago period, Tata Motors said in a regulatory filing JLR sales dropped 13.2% on the slowdown in the Chinese economy and poor consumer sentiment.

Describing the situation “very serious” the JLR management has launched a turnaround for the company, by “re-calibrating” its investments plans and strategies on the lines of its parent Tata Motors. JLR has cut its planned spending by 500 million pounds and will now instead spend 4.03 billion pounds over this and next financial year, the executives said.

On a standalone basis, Tata Motors reported a net profit of Rs 109.14 crore against a net loss of Rs 283.37 crore in the year-ago quarter. Standalone total revenue from operations grew 33% to Rs 17,758.69 crore year on year while standalone volume rose 25% to 1,90,283 units driven by robust sales of commercial and passenger vehicles.

N Chandrasekaran, chairman of Tata Group, said for JLR, market conditions, particularly in China, have deteriorated further. “To weather this volatile external scenario, we have launched a comprehensive turnaround plan to significantly improve our free cash flows and profitability.” The cost and cash flow improvements of 2.5 billion pounds have been planned over the next 18 months, the executives said.

Ralf Speth, chief executive officer, JLR, said the sales fall primarily reflected the challenging market conditions in China, where demand was adversely impacted by consumer uncertainty following import duty changes and escalating trade tensions with the US. In North America, demand for SUVs remained strong, but overall sales were held back by slowing orders for passenger cars in line with the markets as a whole. Further, in Europe, the sales were also affected by continuing weakness in diesel demand and the introduction of new WLTP homologation rules on emissions. The UK sales were adversely impacted by diesel taxation and regulations, alongside continuing uncertainty related to Brexit. “All kinds of challenges have come together” Speth said.

P Balaji, chief financial officer of Tata Motors Group, clarified that the re-calibration of investment entails cutting down or postponement of activities that are not immediately required. “However, there will be no compromise on the products or innovation.” Balaji did not comment whether there will be any restructuring in the management or staff.

The company sources said that dealer profitability, production delay and cost structures of products are some of the immediate concerns for the JLR management. A Board committee and consultants have been appointed to look into the issues, sources said. “Sales were slowing down since past few months. But even in June we did not realise that things will get pulled down so much. It’s only in August that we began feeling the heat,” a source said.

A Mumbai-based analyst said JLR has been facing headwinds for some time, but the situation was never so serious, though some of its problem are due to external factors not in its control.

“Our solid, all-around performance in Q2 has demonstrated that our ‘Turnaround 2.0’ is in full swing. This was possible due to a robust product and innovation pipeline, strong market activation, rigorous cost cuts and structural process improvements,” chief executive Guenter Butschek said.

Provision for impairment of capital work-in-progress and intangibles stood at Rs 93.21 crore and provisions for closure of operations of the Thailand subsidiary stood at Rs 537.08 crore, hitting the bottomline, the company said. Operating margin fell by 130 bps to 9.9% and pre-tax margin contracted 310 bps to 1.7% in the reporting quarter.