Robert Gibson, spokesman for Ontario`s minister of economic development, said the provincial government is disappointed to learn of the layoffs. 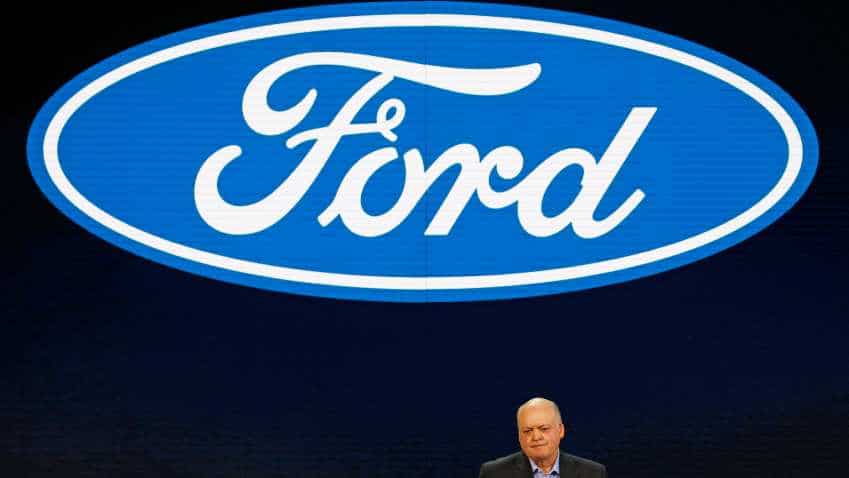 Ford had announced a 10% cut to its global white-collar workforce in May, eliminating 7,000 jobs. Image source: Reuters
Written By: Reuters
RELATED NEWS

Ford Motor Co will lay off about approximately 200 employees in September at a Canadian manufacturing plant in Oakville, Ontario, with the possibility of more layoffs in January, the company said on Friday. Ford employs approximately 4,600 workers at the Oakville plant. "We have been arguing as a local for the past several weeks trying to persuade the company from somehow avoiding this scenario, but to no avail," Dave Thomas, president of Unifor Local 707, in Oakville, Ontario, said in a note to members that was posted on the union`s website on Wednesday.

The union president had originally estimated the number of layoffs at about 185. "As always, it`s based on a business decision and it all comes down to dollars and cents," he said. Ford attributed the layoffs to slowing sales of the Ford Flex and Lincoln MKT, both of which are produced at the Oakville plant.

In addition, the Ford Edge is no longer being sold in some European markets, which the company also pointed to as a reason for the Oakville layoffs. "We have a longstanding practice of matching production with consumer demand," Kelli Felker, Ford`s manufacturing and labour communications manager, said in an email.

The plant will slow production as of Aug. 1, cutting one shift and reducing hours, Thomas said.

Robert Gibson, spokesman for Ontario`s minister of economic development, said the provincial government is disappointed to learn of the layoffs.

"We want the employees in Oakville to know that our government stands with them and their families," Gibson said in an email to Reuters. "We will work with our partners to continue to fight for good jobs in Oakville and support the affected families."

Ford had announced a 10% cut to its global white-collar workforce in May, eliminating 7,000 jobs.

The Dearborn, Michigan-based automaker also announced intentions to slash 12,000 European jobs by 2020. Canadian auto sales in June were down 7.2% from a year earlier, the latest drop in a 16-month decline.