The automaker, which is present in India through a wholly-owned subsidiary, is in the process of conducting a market research in order to identify which new models could be introduced in the country. 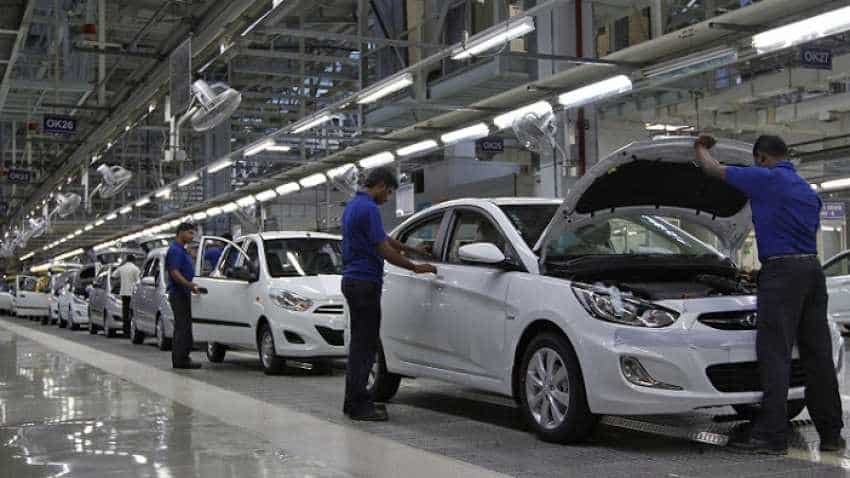 South Korean auto major Hyundai is studying if it can bring more SUVs in India, apart from finding in which segment it can bring electric vehicles. Image source: Reuters

Buoyed by success of Creta and robust response to new model Venue, South Korean auto major Hyundai is studying if it can bring more SUVs in India, apart from finding in which segment it can bring electric vehicles, according to a company official. The automaker, which is present in India through a wholly-owned subsidiary, is in the process of conducting a market research in order to identify which new models could be introduced in the country.

The company, which is the country's second largest producer of passenger vehicles after market leader Maruti Suzuki, is also in the process of firming up plans in the electric vehicle segment.

"We are very seriously studying and conducting market research to check, identify whether there is a market (for more SUV models) and if there is demand in some segments, we would look at addressing it," Hyundai Motor India Ltd (HMIL) MD and CEO S S Kim told PTI in an interview here.

He was replying to a query whether the company would look at introducing more SUV models in the country with demand for such models expected to grow further in the coming days.

When asked how long will it take for the company to conclude the market research for such models, he said: "Few months". "After that it usually takes 2-3 years to introduce a new product," he added.

Hyundai's new offering, 'Venue' has been received well with the company claiming to have bagged over 20,000 bookings so far.

When asked by when the company could introduce a mass market electric vehicle in the country, Kim said the company is evaluating the market but hinted that it could follow a top down strategy for the segment.
"We are conducting various market studies to identify the future EV potential in the market, so we still studying...Maybe we will start with a top down strategy..." Kim said.

The company is gearing up to introduce Kona SUV in the country in July this year. On the other hand, Maruti Suzuki has been is testing its EV which is based on its mass market Wagon R hatchback.

Kim said insufficient charging infrastructure and lack of adequate subsidy for private four wheeler segment were some of the hindrances in planning EV products for the country.

When asked if hybrid models could be an intermediate step before going full throttle for pure electric vehicles, Kim said: "It might be an option but there needs to be some change in the tax structure (GST) or subsidy..If the government changes tax structure to support the hybrid, Hyundai will very seriously think of introducing hybrid vehicles".

Currently, not many auto companies in India are keen to introduce hybrid models as under the GST regime, such vehicles have been put in the same category as big petrol and diesel luxury cars, attracting 28 per cent rate with a cess of 15 per cent.

Hyundai Venue: Hyundai India to launch Venue tomorrow, Check when and where to watch live event