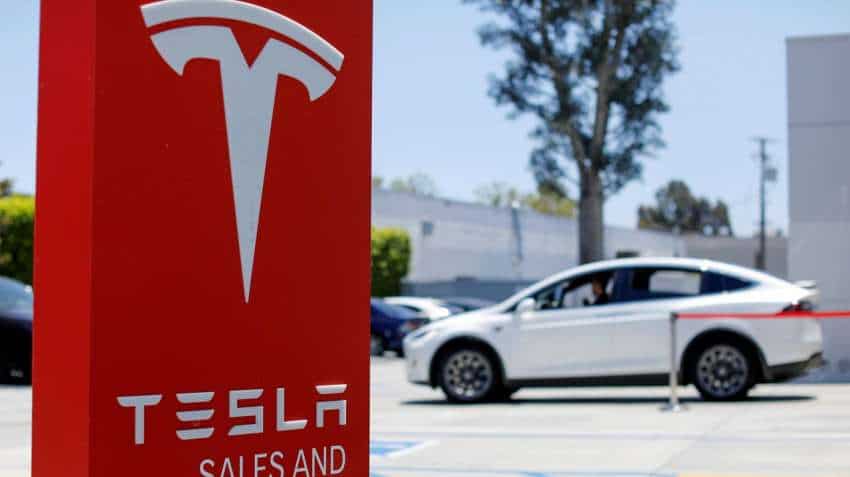 Elon Musk has reopened Tesla factory in Fremont, California, challenging the authorities to arrest him if he has defied the rules, Photo: Reuters
Written By: IANS
RELATED NEWS

Defying the stay-at-home order in place, Elon Musk has reopened Tesla factory in Fremont, California, challenging the authorities to arrest him if he has defied the rules. Musk said Monday that the company`s factory is open and has restarted production despite a stay-at-home order issued by Alameda County.

"Tesla is restarting production today against Alameda County rules. I will be on the line with everyone else. If anyone is arrested, I ask that it only be me," Musk tweeted late Monday.

According to a TechCrunch report , the officials at the Alameda County, the city of Fremont, and Fremont Police Department, which has jurisdiction on this, were continuing to negotiate with Tesla.

Tesla filed a lawsuit against Alameda County last weekend seeking injunctive relief, an effort to invalidate orders that have prevented the electric car maker from reopening.

"Tesla issued a back to work plan, a 37-page document that outlines how it intends to restart production while keeping employees safe and preventing the potential spread of COVID-19, the disease caused by coronavirus," said the report.

Earlier, Musk threatened to move his Fremont car factory in California to Nevada or Texas if the state did not allow the facility to open despite the sheltering-in-home in place.

He added: "Frankly, this is the final straw. Tesla will now move its HQ and future programs to Texas/Nevada immediately. If we even retain Fremont manufacturing activity at all, it will be dependent on how Tesla is treated in the future. Tesla is the last carmaker left in CA".

According to a report in CBS News, Musk called 30 per cent of workforce to resume duties at Tesla Fremont factory, saying Governor Gavin Newsom`s order permitted it.

The Tesla California plant was shut on March 23 under a six-county order in the San Francisco area, which has been extended through May 31.

Fremont Mayor Lily Mei said that Fremont is encouraging the county to "engage with local businesses to come up with acceptable guidelines for re-opening our local economy."

In a statement, Alamada County said: "The team at Tesla has been responsive to our guidance and recommendations, and we look forward to coming to an agreement on an appropriate safety plan very soon".

On Monday, Newsom issued support for Tesla and Musk during his daily COVID-19 briefing.

"I have great reverence for their technology for their innovative spirit, for their leadership, and I have great expectations that we can work through at the county level issue with this particular county and this company in the next number of days," said the governor.

Systematic Withdrawal Plan: How it works and what are the tax implications