Eicher Motors to focus on motorcycles, says not looking at new segments

Eicher Motors, which currently has a 50:50 joint venture with Volvo for trucks and buses (VECV), had recently announced shutting of another JV -- Eicher Polaris Pvt Ltd (EPPL), which produced and sold personal utility vehicle Multix - in March this year 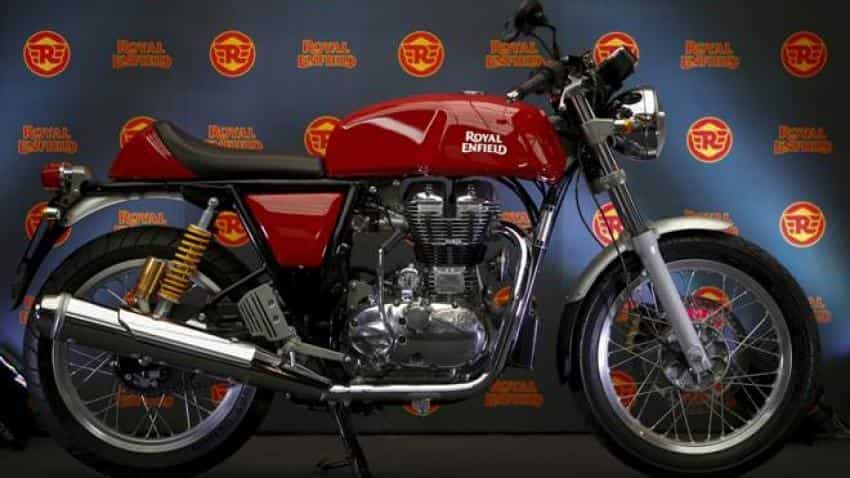 Eicher Motors will focus on its motorcycle business through Royal Enfield and will not look to enter new verticals in the wake of failure of its off-road vehicles joint venture with US-based Polaris, a top company official said. The company, which currently has a 50:50 joint venture with Volvo for trucks and buses (VECV), had recently announced shutting of another JV -- Eicher Polaris Pvt Ltd (EPPL), which produced and sold personal utility vehicle Multix - in March this year.

"We are aboslutely 100 per cent focussed on motorcycles, nothing else...Other than motorcycles we don't have any intention to get into any other vertical," Eicher Motors Managing Director and CEO Siddhartha Lal said in a concall. Royal Enfield, the motorcycle arm of Eicher Motors, sells mid-sized motorcycles both in India and overseas markets.

When asked after the EPPL experience, if the company would consider getting into four-wheeler segment again, he said, "Abosolutely (we are) not open to anything...Of course VECV is the only other part of our business, which is doing very well. We are in the process of winding up EEPL operations". On Royal Enfeld's plans for expansion in global markets, he said, the company is in the process of establishing wholly-owned subsidiaries in Thailand and Indonesia and may go for contract manufacturing there at a later stage.

"We are extremely bullish about these two markets. We have seen very good traction for Royal Enfield in these markets. So, the first step is to set up a marketing company," Lal said. Royal Enfield now has over 540 dealerships across 50 countries and 36 exclusive stores, 11 of which were opened in 2017-18.

For the current fiscal, Royal Enfield has earmarked a capex Rs 800 crore. The investment would go towards various activities, including setting up of second phase of the company's third plant at Vallam Vadagal near Chennai, completion of construction of the Technology Centre in Chennai this year and development of new products.

The planned production capacity for the current fiscal is 9.5 lakh units, the CEO said.