The country's largest carmaker MSI said its domestic sales stood at 1,53,550 units last month, up 1.4 per cent from 1,51,400 units in September last year. The company witnessed growth in the compact segment which includes models like Swift and Baleno but saw a dip in sales of mini segment cars and utility vehicles during the month. 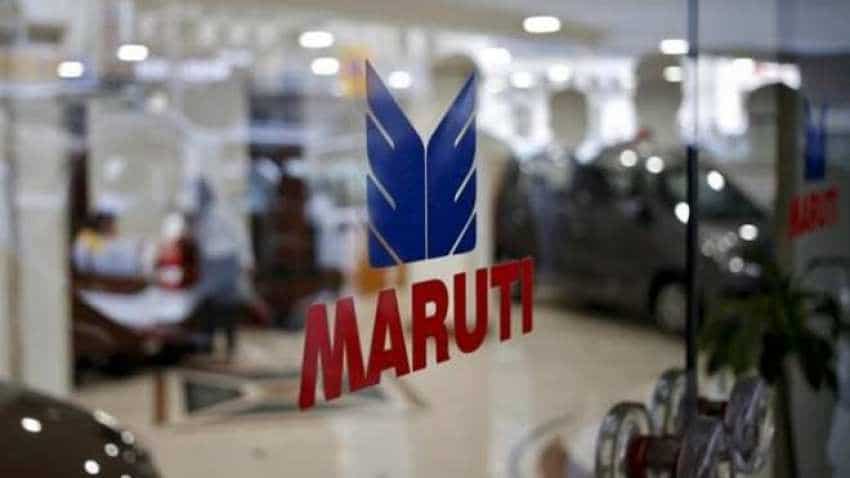 Sales of mini cars comprising Alto and WagonR were at 34,971 units as compared to 38,479 units in July last year, down 9.1 per cent. Image source: Reuters
Written By: PTI
RELATED NEWS

The company witnessed growth in the compact segment which includes models like Swift and Baleno but saw a dip in sales of mini segment cars and utility vehicles during the month.

However, sales of compact segment, including models such as Swift, Celerio, Ignis, Baleno and Dzire, were up 1.4 per cent at 74,011 units as against 72,804 units in September last year.

Utility vehicles, including Vitara Brezza, S-Cross and Ertiga were up 8.7per cent at 21,639 units as compared to 19,900 units in the year-ago month.

Tata Motors posted a 7 per cent increase in domestic passenger vehicle sales at 18,429 units last month as compared to 17,286 units in September 2017.

Commenting on the passenger vehicle sales performance in July, Tata Motors President - Passenger Vehicles Business Mayank Pareek said the growth for the overall PV industry is stressed with degrowth in all three months of the quarter.

"Early indications have been that the industry has declined in September this year. Having said that, we grew at 7 per cent on the back of continued demand for our new generation vehicles," he added.

The company expects sales to pick up this festive season and to boost its customer morale, it is launching four new products, Pareek said.

Similarly, Toyota Kirloskar Motor (TKM) posted a 1.43 per cent increase in domestic sales last month at 12,512 units as compared with 12,335 units in the same month of last year.

"Customer demand in the auto industry has temporarily dampened owing to rising fuel prices, floods in different parts of the country and impact of currency weakness," TKM Deputy Managing Director N Raja said. He further said, "However, we are confident that the buying sentiments will improve in the festive season with a strong customer demand."

Similarly, domestic passenger vehicle sales of Mahindra & Mahindra dipped 16 per cent to 21,411 units as compared to 25,414 units in the same month last year.

"The month of September has been muted for passenger vehicles due to factors such as low consumer buying sentiment, high fuel prices and the effects of monsoon in many parts of the country," M&M President Automotive Sector Rajan Wadhera said.

The company remains hopeful that the upcoming festive season will augur well for it as well as the automotive industry, he added.

"The festive season has started on a lower than expected note, owing to floods in Kerala, rising fuel prices and rupee depreciation, the industry is looking forward to closing the festive season on a higher note," said Ford India President and MD Anurag Mehrotra.

In the two-wheeler segment, Bajaj Auto posted an 11 per cent increase in domestic sales at 3,11,503 units as against 2,81,779 units in September last year.