Coming soon! This Google feature on Android Auto will change the way you drive - Check how it will benefit you 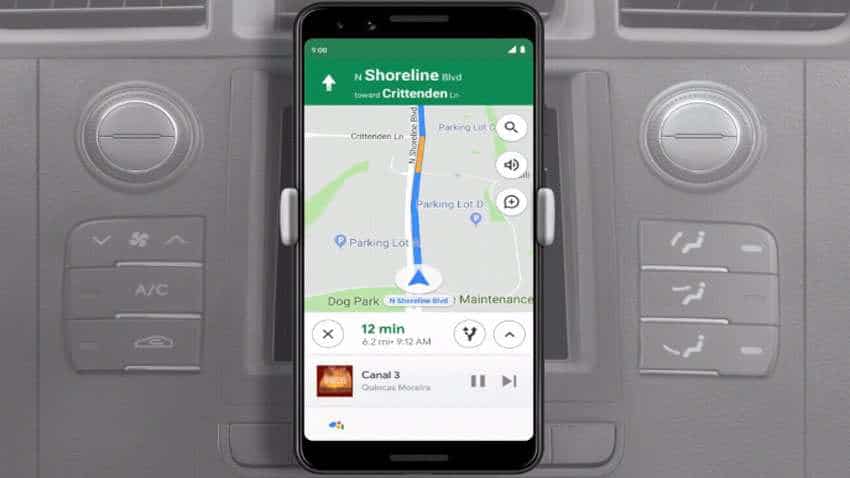 American multinational technology giant Google is known for making big announcements during its annual developer conference I/Oin Mountain View, California. At Google I/O 2019, the Internet biggie has announced that this summer, Android phones will get Google Assistant's new driving mode. Google announced during I/O 2019 that Assistant will get its own dedicated 'driving mode' starting this summer.

How will Driving Mode on Google Assistant work?

The voice-enabled driving mode on Google Assistant would not only personalise suggestions for navigation, messages, calling and media, but also bring all relevant activities front and centre. Just assume if you have tickets to a movie, the Driving Mode of Google Assistant's will navigate to that destination. The mode will also be helpful in playing media files. Driving mode would launch on Google Assistant once the user connects their phone to the car's Bluetooth. If the user's phone is not connected to the car, they could just say, "Hey Google, let's drive".

In addition to driving mode, Google is making it possible to use Assistant to remotely control cars -- like users could ask Google to adjust the car's temperature before the driver gets in. This feature would be available in the coming months to cars compatible with Hyundai's "Blue Link" and Mercedes-Benz's "Mercedes me connect". Once the Driving Mode is on, dashboard will feature driving-relevant activities, top contacts, and more personal recommendations.

Moreover, Google demonstrated a way to rent cars automatically through voice commands to the company`s virtual assistant tool. It's a new breakthrough for its artificial intelligence services. The capability, which Google demonstrated with National Car Rental's website, builds on the company's push over the last two years to integrate more artificial intelligence-fuelled features into its virtual helper, Google Assistant.

It also works with movie ticket bookings and aims to free users from manually filling out forms on websites, Google Chief Executive Sundar Pichai said on stage at Google I/O, an annual event held near the company`s headquarters in Mountain View, California. The event attracts about 7,000 software developers who create apps for Google Assistant or other company platforms. The car booking feature will be available later this year on Android phones in the United States and United Kingdom, Google said.

WATCH: Google I/O'19: Learn about the latest product and platform innovations at Google.

Moreover, among several privacy announcements on Tuesday, Google said it would bring incognito mode, which stops the company`s tracking of users, to Google Maps soon and to Google search later this year.