The C3 SUV-inspired hatchback, C3 is the first model in a family of three vehicles aimed at the international markets, developed and produced in India and South America, and which will be launched in those two regions over the next three years 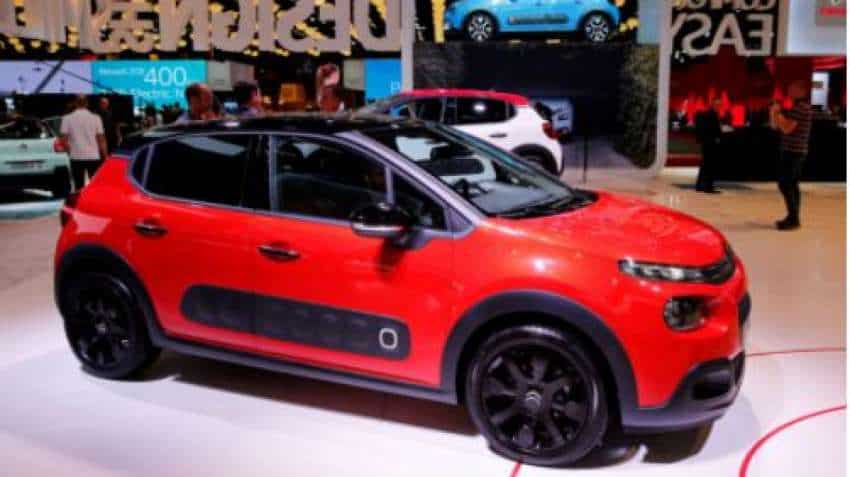 Automaker Citroen on Thursday unveiled an all-new model C3 which it plans to launch in India in the first half of the next year. Source: Reuters
Written By: PTI
RELATED NEWS

Automaker Citroen on Thursday unveiled an all-new model C3 which it plans to launch in India in the first half of the next year.

The company, which is a part of the Stellantis group formed by the merger of two global auto majors FCA and Groupe PSA, is looking to get into the fast-growing sub-4 meter segment in India with its new offering.

The C3 SUV-inspired hatchback, C3 is the first model in a family of three vehicles aimed at the international markets, developed and produced in India and South America, and which will be launched in those two regions over the next three years.

In India, the new model would be rolled out from the company's Chennai-based manufacturing plant in the first half of 2022.

Ensuring Citroen's future requires a greater international presence, by becoming stronger in all the markets in which we operate, including South America, the Middle East, Africa, Asia and China, and by opening up to others, including India, which will soon become the third-largest market in the world. We are rolling out an ambitious product plan in order to achieve this, which will see the launch of three internationally-oriented models in three years," Citroen Chief Executive Officer (CEO) Vincent Cobee said in a virtual unveiling event.

The C3 is a vital part of this international ramp-up and the first stage of the growth strategy, he added. The hatchback, less than 4 meters long, is aimed at a major segment in India and South America, Cobee stated.

Elaborating further, Stellantis in India CEO and Managing Director Roland Bouchara said the C3 is a very crucial part of the company's India growth journey and will be the backbone of its local development strategy.

"This car fits right into the heart of the Indian market where 70 per cent of the demand for sub-4 metre cars and 50 per cent of customers are first-time buyers. This segment has been growing rapidly and C3 will fit right in with its affordability and attractiveness," he noted.

The company's teams in India and Paris have collaborated and developed this car with over 90 per cent localisation, Bouchara stated.

"We will be leveraging our R&D Centre in Chennai, vehicle assembly plant at Thiruvallur, and the Powertrain plant at Hosur in the state of Tamil Nadu, in India to further boost localisation efforts. We have also built a world-class purchasing hub that we will leverage for ensuring uninterrupted part supplies and affordability," he added.

As the company enters the mainstream segment, its sales network will expand for customers to experience the phygital La Maison Citroen showrooms and L'Atelier workshops in more and more cities, Bouchara noted.

"The C3 is being introduced in a B-segment, which is highly competitive in India but has the potential to expand and grow further. It was important for us to stand out in this segment and create a differentiated and aspirational car. This segment is seeing a lot of young buyers who want a sub-4 metre car, which is an extension of their personality," Citroen India Head Saurabh Vatsa noted.

He added that while C5 Aircross helped the company establish its base in India, C3 would help it generate volumes.

India is a new market for Citroen and one with significant potential that will soon be the third-largest in the world.

The brand announced its arrival in 2019 and launched its first import moded at the start of 2021- C5 Aircross.

Citroen however did not share details regarding the engines which would power the new model.