BS-VI, CAFE norms: What are they? How will they impact automakers?

BS-VI and CAFE norms are almost similar to each other, aimed at bringing massive fuel changes in vehicles. 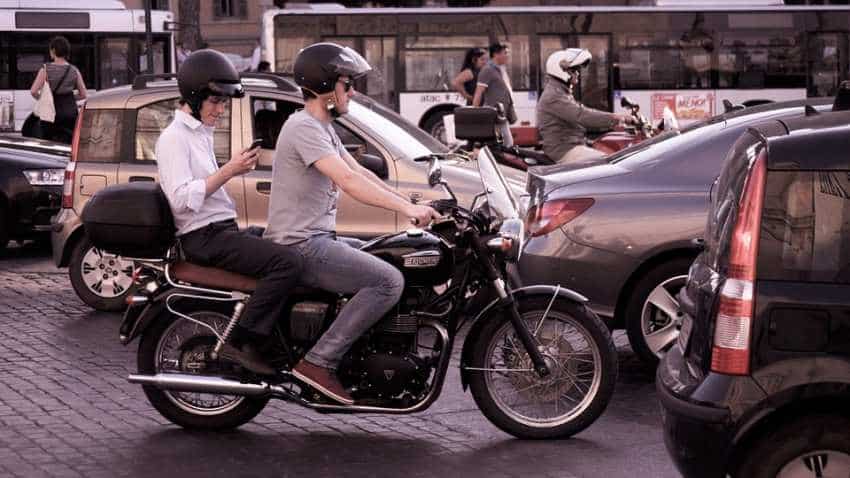 Adoption of more international fuel practices is in full swing in India with the government asking automakers to move forward towards BS-VI and CAFE norms. Photo: Pixabay

Adoption of more international fuel practices is in full swing in India with the government asking automakers to move forward towards BS-VI and CAFE norms. These two norms are almost similar to each other and aimed at bringing massive fuel changes in vehicles. Some automakers are not really excited about the ongoing shift. But, looks like, not all will face a major impact. A research report titled ‘Decoding the BS-VI and CAFE puzzle’ by Antique Stock Broking, says while majority on the street are presuming the demise of diesel after BS-VI, the impact of CAFÉ norms and its implications on the cost of petrol engines is being overlooked.

What are BS-VI norms?

Being the sixth mandate for vehicular emissions, the Bharat Stage 6(BS-VI) norms, which are expected to come into effect from March 2020, is seen as a much-needed move for controlling air pollution in India. The apex court has asked automakers to bring their products in accordance with BS6 norms by March 2020, which will also be the end of current BS-IV norms in India.

Unlike BS-IV norms, the BS-VI emission is seen to contain five times fewer sulphur traces, while the nitrogen oxide level in the upcoming norm will be brought down by 70% for diesel engine and 25% in the case of petrol engines. Additionally, Real Driving Emissions (RDE), Diesel Particulate Filter (DPF) and Selective Catalytic Reduction (SCR) will be some key introductions.

What are CAFE norms?

Corporate Average Fuel efficiency (CAFE) has been proposed by the Indian government, to realign the country with global auto industries. Under this norm, India seeks cars to be become 30% or more fuel-efficient from 2022, while 10% or more by 2021 end.

With CAFE norms, a car’s mileage is seen to improve and will be decided on litres of fuel consumed by a vehicle to run 100 kilometers. Also, reduction in carbon footprint is targeted in auto industry.

How will fuel engines of automakers change?

Priya Ranjan, Vikrant Gupta and Apoorva Patil, Research Analyst at Antique Stock Broking, in a note  attempted to decipher scenarios of how fleet fuel mix should evolve to comply with CAFÉ norms in Apr-22 in conjunction with the BSVI norms.

The trio said, “We highlight some key outcomes of our quantitative and qualitative study on PV fleet -
1) Petrol only fleet will be unfavorable in meeting CAFÉ norms;
2) Petrol with mild hybrids and GDI engines for CAFÉ compliance wipes out the cost advantage over diesel;
3) Diesel dominance is likely to continue in 1.5ltr and above segment on cost gap shrinkage with their petrol cousins;
4) There is negligible probability of vacated diesel market post BS VI being replaced by CNG to comply with CAFE norms, with CNG having its own set of issues like performance, cost and lack of fuel vending infrastructure;
5) Safety-related weight increase in smaller cars would increase deviation from CAFÉ targets due to mileage drop; and
6) OEMs require ~5% EV volumes to meet CAFÉ norms devoid of diesel share increase.”

That said, the trio’s analysis points to similar cost increase for 1.5ltr and above petrol and diesel models as they comply with CAFÉ norms, thus theory of sharp diesel share drop post BSVI in mid-sized and bigger vehicles is unlikely to materialize.

Also, an extensive shift to petrol models will further distance CAFÉ reach for OEMs and to ensure compliance petrol models would require sharp additional technology upgrade (mild hybrid plus GDI engine and GPF in high capacity petrol engines), leading to a significant cost increase. To restrict fuel economy drop in BSVI petrol variants due to lower Octane fuel (RON91), there will be an additional INR5-15k cost.

According to the trio, detailed quantitative study on fleet of key domestic players contradicts street's hypothesis of an industry-wide shift to petrol post BSVI and thereby an advantage to MSIL after discarding diesel variants.  Companies like TTMT, MM and Hyundai India with BEV roadmap along with continuation of diesel engines will be better placed to comply CAFÉ norms with less financial impact, while MSIL may have to further take a hit on profitability to meet CAFÉ norms by shoring up hybrid, GDI and CNG volumes amidst customer price resistance to added technology cost.

The trio says  players like TTMT, Honda and Hyundai will aggressively play for diesel market vacated by some amid BSVI transition.