Aston Martin drives in all new Vantage in India priced at Rs 2.86 crore 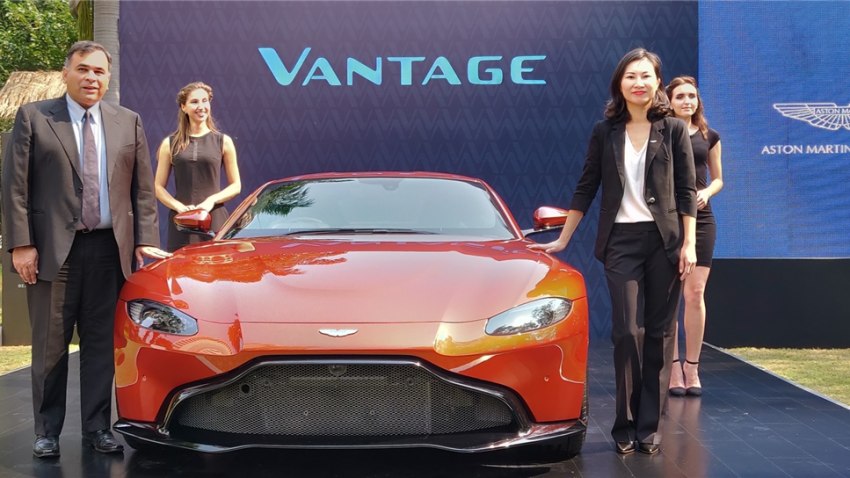 British luxury brand Aston Martin Friday launched all new version of its sports car Vantage in India priced at Rs 2.86 crore (ex-showroom). The company, which had launched DB 11 model in India in 2016, now plans to ramp up its presence in the country over the next few years.

"We see India as a very important market with great potential and that is why we are emphasising a lot on this market. We are doing a lot of study in emerging markets so that we can increase our presence here," Nancy Chen, Head of Sales Operations for Aston Martin, South and Southeast Asia, told PTI.

Chen said globally the company aims to launch seven new products over the next seven years under its Second Century Plan.

"Each of these seven new models would also be launched in India, that's how important the Indian market is to us," she added.

When asked about cumulative sales in India so far Chen declined to comment but said the company sales have been growing in double digits since the launch of sports coupe DB 11 in 2016.

She added that the company is also looking to bring in the Aston Martin experience and brand centre to India as well. Currently, the company has one in Tokyo catering to the Asia Pacific region. Commenting on all new Vantage, Chen said its a true sports car with a sharper look and a keener dynamiedge.

"The new Vantage is the Aston Martin pure driving machine that the enthusiasts have been waiting for," she added.

The sports car comes with 4-litre twin-turbo V8 engine mated to eight-speed automatic transmission enabling it to accelerate from 0 to 100km/h in 3.6 seconds.

The company currently has two dealerships in India -- Delhi and Mumbai.

Realme Narzo 50i, Narzo 50A, Band 2 and Smart TV Neo 32-inch launched in India: From pricing to availability - Check all details here

Realme Narzo 50 series, Realme Band 2 launch in India Today: Check when and where to watch event Live and more