Wit and wisdom of Warren Buffett, the 'Oracle of Omaha'

Warren Buffett, the 88-year-old chairman and chief executive officer of Berkshire Hathaway Inc, is taking hours of questions from investors and journalists at the conglomerate`s annual shareholder meeting on Saturday. 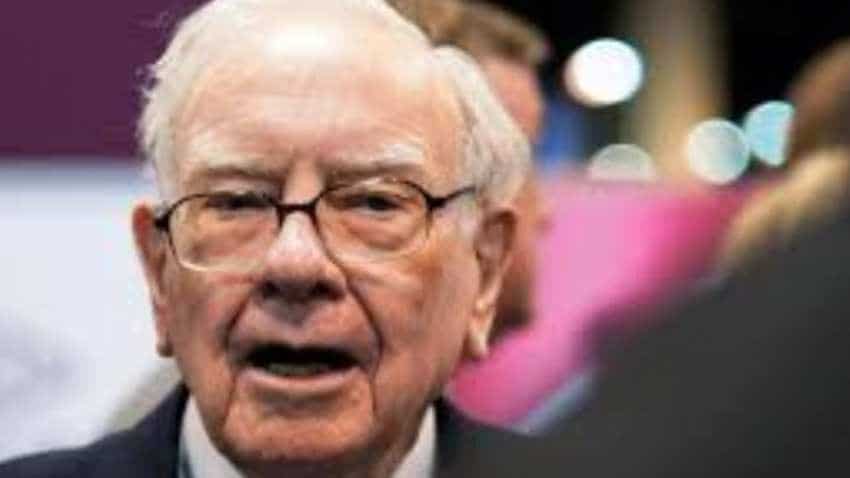 Warren Buffett, the 88-year-old chairman and chief executive officer of Berkshire Hathaway Inc, is taking hours of questions from investors and journalists at the conglomerate`s annual shareholder meeting on Saturday. Buffett`s marathon Q&A session is part of what the billionaire investor calls "Woodstock for Capitalists," the annual shareholder weekend for his company.

Below are some of Buffett`s comments, and those of Berkshire`s Vice Chairman Charlie Munger, on a wide range of topics.

"Amazon itself has become a brand. Kirkland is now a brand doing $39 billion. Kirkland does more business than Coke does. Certain retail systems have gained some power, and particularly in the case of Amazon and Walmart and Costco, have gained in power relative to brands." "Kraft-Heinz is still doing very well operationally, but we paid too much." Buffett added: "You can turn any investment into a bad deal by paying too much. What you can`t do is turn something into a good deal by paying little."

ON SOCIALISM IN U.S. POLITICS

"I`m a card-carrying capitalist. I believe we wouldn`t be sitting here except for the market system and the rule of law ... that are embodied in this country. So you don`t have to worry about me changing in that manner."ON AMAZON.COM INVESTMENT

"The people making the decision on (buying) Amazon are absolutely value investors. That has not changed. They are following value principles. They are smart. They are totally committed to Berkshire. I don`t second-guess them."

"The considerations are identical when you buy Amazon versus some bank stock that looks cheap statistically."

"The new GAAP rules .... require that we mark our securities to market and report any unrealized gains. The bottom line figures are going to be totally capricious.

"I really regard these bottom line figures ... as potentially being harmful to our shareholders and really not being helpful. Focus on what we call our operating earnings, which were up a bit."

ON BUYING BACK HIS OWN STOCK

"The question whether we had a $100 billion or $200 would not make a difference in our approach to repurchase shares. We used to have a policy of tying to book value, but that became ... obsolete."

"We could do it (buy back $100 billion of Berkshire stock). We will spend a lot of money. We`ve been involved in companies where the number of shares has been reduced 70-80 percent over time.

"If our stock gets cheap relative to intrinsic value, we will not hesitate. We would certainly be willing to spend $100 billion."

MUNGER ON BUYING BACK BERKSHIRE SHARES

Berkshire will "probably be more liberal when it comes to repurchasing shares."

"Wells made some big mistakes in what they incentivized. The interesting thing is the extent to which they set up fake accounts, couple million of them that had no balance in them, that could not possibly have been profitable to Wells."

"When you find a problem, you have to do something about it. I think that`s probably where they made a mistake."

"Wells has become Exhibit One. Go back a few years, there`s quite a list of banks where people have behaved badly."

ON HIS 60-YEAR PARTNERSHIP WITH MUNGER