Billionaire Warren Buffett, whose Berkshire Hathaway Inc is Wells Fargo & Co`s largest shareholder, on Saturday signaled no shift in his support for the bank despite several scandals it has faced. 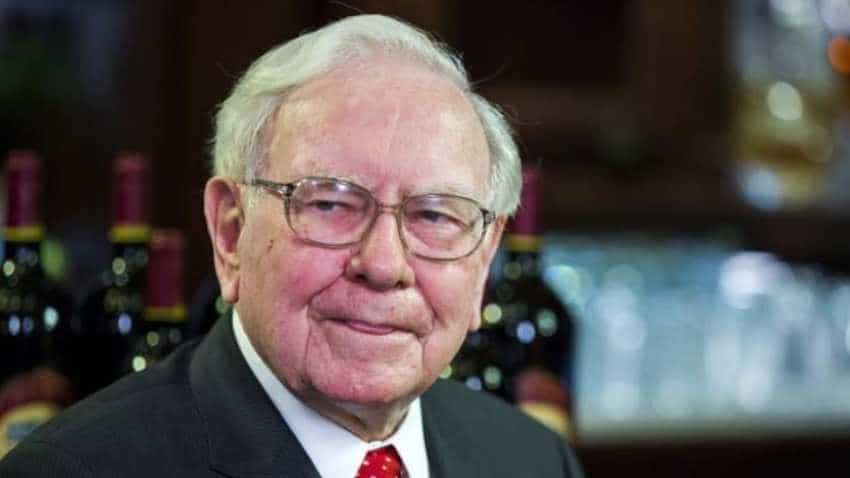 Warren Buffett made his comments as he and his business partner Charlie Munger, fielded several hours of shareholder and analyst questions before thousands of people attending Berkshire`s annual meeting in Omaha, Nebraska. Image source: Reuters

Billionaire Warren Buffett, whose Berkshire Hathaway Inc is Wells Fargo & Co`s largest shareholder, on Saturday signaled no shift in his support for the bank despite several scandals it has faced. "Wells made some big mistakes," Buffett said. "When you find a problem, you have to do something about it. I think that`s probably where they made a mistake."

Buffett made his comments as he and his long-time business partner, Vice Chairman Charlie Munger, fielded several hours of shareholder and analyst questions before tens of thousands of people attending Berkshire`s annual meeting in Omaha, Nebraska. Wells Fargo has spent more than 2-1/2 years addressing fallout for mistreating its customers, including by creating fake accounts, losing two chief executives in the process, including Tim Sloan in March.

Munger said, "I don`t think people ought to go to jail for honest errors of judgment," and that he wished former Wells Fargo chief executive Tim Sloan was still at the bank and that the banker was an "accidental casualty." A Wells Fargo spokesman did not immediately respond to a request for comment outside business hours.BIG PROFITS, BIG BUYBACKS

Berkshire also reported on Saturday that gains in its stock investments fueled a $21.66 billion profit in the first quarter, when it also repurchased $1.7 billion of stock. Operating income rose 5 percent, helped by the Geico and BNSF railroad, though it fell just shy of analyst forecasts. Berkshire`s buybacks reflected Buffett`s troubles to find better uses for Berkshire`s cash hoard, which now totals $114.2 billion.

The 88-year-old investor is struggling with the question, "how do I buy a business with the uncertainty that the multiples I`m paying today are sustainable five to seven years from now," said Mario Gabelli, chief executive of GAMCO Investors Inc, whose funds own Berkshire shares. Berkshire owns companies across industries and countries, and it employs more than 389,000 people, making the results a barometer for the U.S. economy as well as a report card for one of the world`s most revered investors.

The shareholder meeting is a rare chance for shareholders to ask Buffett questions directly. Results excluded operating earnings tied to Berkshire`s 26.7 percent stake in Kraft Heinz Co because the food company has not released its own audited quarterly results, Buffett told reporters before the annual meeting.

"It`s pretty unusual," Buffett said of Kraft`s reporting issues as he inched through a crowd of reporters and picture-taking fans in a scene that resembled a slow-motion stampede. The annual meeting is not all about business. Buffett`s career of investing success and down-to-earth public persona are both part of the draw.

"We love you Warren," people shouted as he walked through the arena and nibbled on a Dairy Queen vanilla orange bar. Parents lifted their kids in the air so they could get a glimpse of the Oracle of Omaha. People lined up before midnight to get early access to the best seats at the downtown Omaha arena, which opened at 7 a.m.

Daphne Kalir-Starr, 9, a fourth-grader from New York City, lined up with her father at 11 p.m. the night before, along with her sleeping bag. It`s her third time to see Buffett. "I really like hearing from great investors," she said. "Even though he wasn`t really recognized at the beginning, he kept working at it."

Events are being held around Omaha, and people can buy mementos such as postage stamps featuring Buffett and Munger or, for $8,950, a pair of 2 carat-weight diamond stud earrings from Berkshire`s Borsheims jewelry unit. Bela Chowdhury, 49, came to see Buffett from Kolkata, India, with more than a dozen other students of a nonprofit group that promotes financial literacy for women. "He is the ultimate guru," she said.