China and the US are currently holding talks to have a major bilateral trade agreement that addresses Trump's concerns about the massive imbalance of trade and theft of American intellectual property by the Chinese. 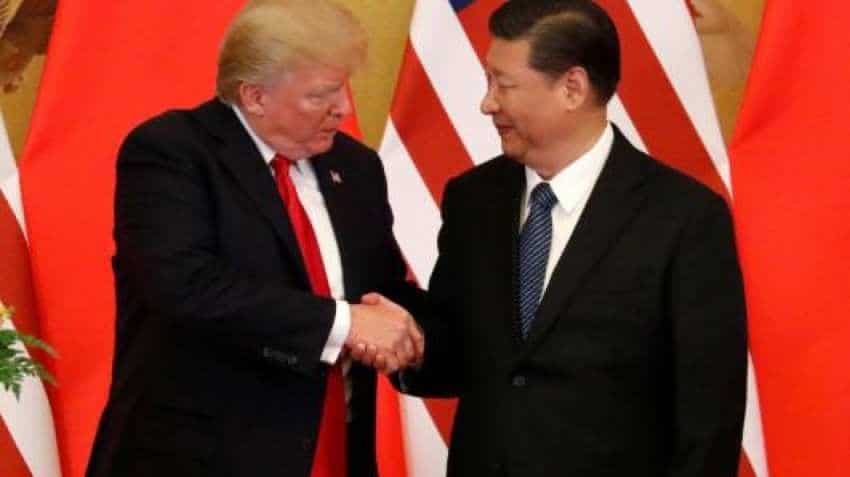 US President Donald Trump on Saturday said that a trade deal with China is most likely going to happen as he denied reports that his administration has removed some of the existing sanctions on China.

"Things are going very well with China and with trade," Trump said at the White House.

China and the US are currently holding talks to have a major bilateral trade agreement that addresses Trump's concerns about the massive imbalance of trade and theft of American intellectual property by the Chinese.

Last year, Trump had imposed import tariffs on Chinese products worth more than USD 250 billion and an equal amount is under consideration. In December, Trump met with Chinese counterpart Xi Jinping on the sidelines of the G-20 Summit in Argentina where the two leaders agreed to give a temporary pause to their trade war and try to reach an agreement.

"There were some false reports about sanctions being removed, we have taken in tremendous amounts of money into the United States because of the sanctions and we'll see how it goes," Trump said.

"If we make a deal, certainly we wouldn't have sanctions. If we don't make a deal - we will, but I think China's been - we've really had a very extraordinary number of meetings, and a deal could very well happen with China," said the president.

"It's going very well, I'd say about as well as it could possibly go. Without a question," he added.