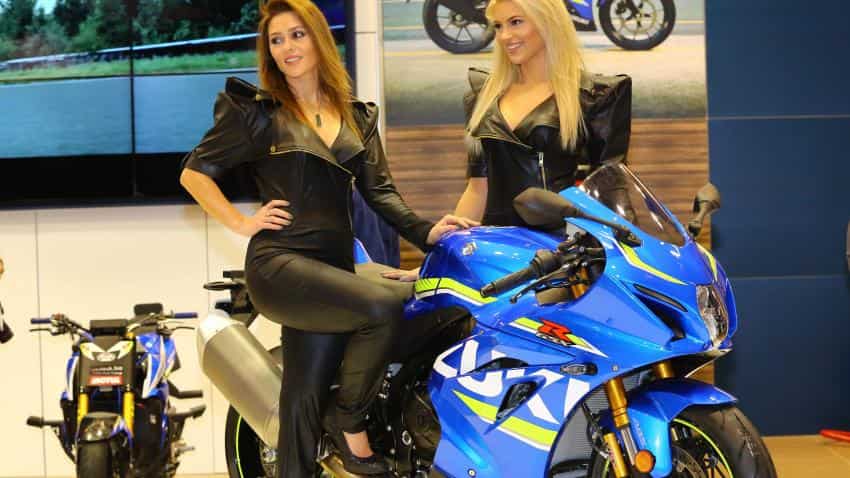 Vroom! New Suzuki Hayabusa 2020 is here - Is this the Ultimate Sportbike? Check it out

Japanese two-wheeler maker Suzuki Motorcycles, which had "got into the wrong bus all these years" is betting big on India now with a strategy to double the market share to 10 per cent with 1-million volume by 2020.

Suzuki Motorcycle India is the largest market for the parent Suzuki Corporation and currently enjoys only about 5 per cent share in the over 17 million units a year domestic twowheeler market dominated by Hero Motorcorp and its co-patriot Honda who between them eat up close to 70 per cent of the market pie.

Like its sister concern, Maruti Suzuki that enjoys over 50 per cent of the domestic car market, even with such a low volume, India is the largest market for the group.

In 2016 Suzuki managed to sell about 3.5 lakh units and expects vroom past 40 per cent in sales this year to around 5 lakh, and 7 lakh next year and 1 million in 2020, each year clocking over 40 per cent volume growth or so, says Satoshi Uchida, its managing director who took over the mantle in April 2016.

"Yes, we have not been consistent with our product and communication strategy. In fact we didn't have enough products in mass market so far. I think we had got into the wrong bus here in India but now we are in the right bus and on the right route," Uchida told

Vroom! New Suzuki Hayabusa 2020 is here - Is this the Ultimate Sportbike? Check it out