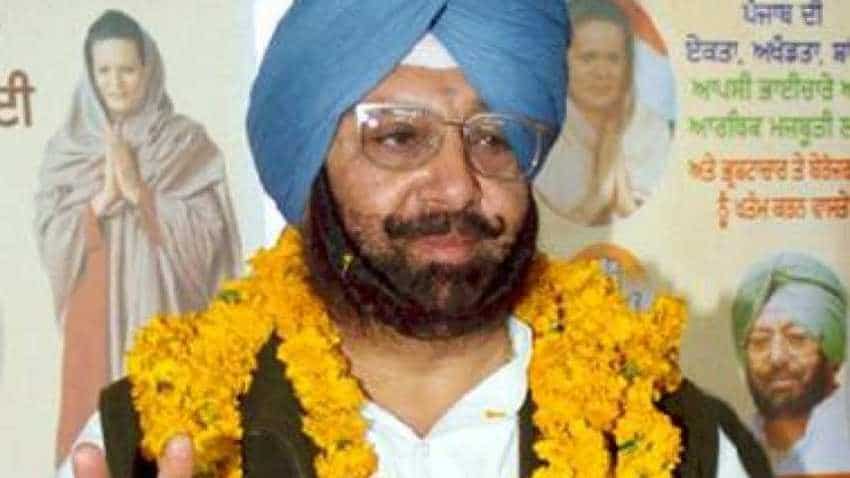 Punjab Cabinet Monday approved a 'One Time Settlement (OTS)' policy to give entrepreneurs of promoted and loanee companies the last chance to settle their dues with PSIDC and PFC, Image source: Zee Business
Written By: PTI
RELATED NEWS

LIC to soon get bankers on board for managing lending operations

The Punjab Cabinet Monday approved a 'One Time Settlement (OTS)' policy to give entrepreneurs of promoted and loanee companies the last chance to settle their dues with PSIDC and PFC, with the condition that no such OTS opportunity would be given to defaulters hereafter.

The policy will give the entrepreneurs of promoted and loanee companies one-time opportunity for settlement of their dues with Punjab State Industrial Development Corporation Limited (PSIDC) and Punjab Financial Corporation (PFC), and will help them recover Rs 80-100 crore and Rs 7-10 crore, respectively.

The decision to come out with OTS policy-2018 followed representations and suggestions from Chamber of Commerce and Industries Association and after marathon discussions with the promoters for rehabilitation and revival of the industries in state, according to an official spokesman. The Cabinet, however, agreed to the suggestion of Finance Minister Manpreet Badal that this should be the last such OTS and the government should go hammer and tongs after those who fail to pay up even now.

Besides releasing the blocked industrial assets, it will help in reducing the litigation of these corporations and generate revenues for their development activities.

The spokesperson pointed out that under the OTS policy-2017, PSIDC did not receive any application for loan cases.

However, a sum of Rs 3.99 crore was recovered by way of OTS for equity from two companies. PFC received offers for OTS from 25 loanees concerns having tentative OTS amount of Rs 2.72 crore, against which it has so far recovered Rs. 1.57 crore, with the remaining being recovered in quarterly installments.

Notably, the PSIDC extended term loans to 861 industrial units, of which 739 units have already settled with corporation and only 122 units are pending, and all of them have already become non-performing assets.

Similarly, PFC extended term loans to 18,000 loanee concerns, of which 16,900 have settled their accounts and about 1,142 units are at present outstanding and the entire portfolio has been declared NPA.

Currently, the default position to the bond holders of PFC is Rs 151.95 crore, which includes Rs 101.31 crore as principal and Rs 50.64 crore in interest. The bondholders of PSIDC owe Rs 542.52 crore to it, inclusive of Rs 392.48 crore and Rs 150.04 on account of principal and interest respectively, said spokesman.

LIC to soon get bankers on board for managing lending operations