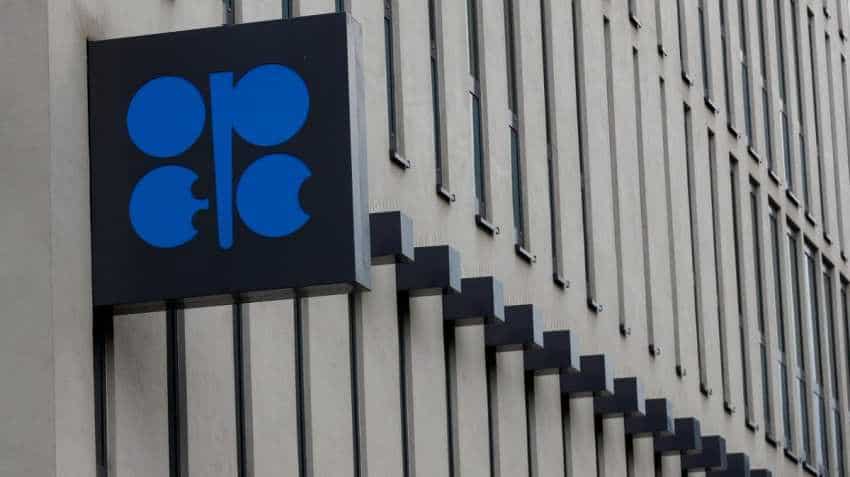 Consuming nations are part of OPEC deliberations even when they are not physically present in the meeting room, the Saudi oil minister said. Image Source: Reuters
Written By: PTI
RELATED NEWS

India is the world's third largest oil consuming nation, which is more than 80 per cent dependent on imports to meet its energy needs. Led by Modi, it has been very strongly making a case for oil producers' cartel OPEC to price crude at reasonable and responsible rates.

Speaking to reporters at the meeting of the Organisation of Petroleum Exporting Countries (OPEC), he said: "We take the views of Prime Minister Narendra Modi seriously who (like US President Donald Trump) is equally vocal about the issue. We just met him in Buenos Aires (during G20 summit) and privately he made those points very very strongly that he does care for Indian consumers and is very serious about it. I have also seen him at three times at various energy events in India where he was very vocal."

He was replying to a question on US President's expectations from OPEC meeting.

"So, he (Trump) has every right to wish for affordability of energy for the citizens of the United States and he is very vocal using his favourite communication tool which is Twitter and we hear him and we take his views seriously," he said.

Ahead of the meeting, Trump in a tweeted had hoped that OPEC will keep oil flowing and not take decisions that would lead to higher oil prices.

"Hopefully OPEC will be keeping oil flows as is, not restricted. The World does not want to see, or need, higher oil prices!," he had said.

Consuming nations are part of OPEC deliberations even when they are not physically present in the meeting room, the Saudi oil minister said.

"And the fact that President Trump tweets about it and reminds us, I think, is a healthy thing and we take it as one input factor but at the end of the day our most important guiding principle is to bring supply and demand into balance and we don't think the US will benefit from an over-supply market for an extended period of time where investment flows stop and the fantastic growth in US shale is brought to a halt in the way it happened in 2015-2016," he said.

OPEC Thursday delayed a decision on production until it meets with other producers on Friday. Following this, crude oil prices traded sharply lower. Growing concerns that oil producers won't reach an agreement to aggressively reduce production has also weighed on prices.

West Texas Intermediate crude for January delivery lost USD 2.30, or 4.4 per cent, to USD 50.59 a barrel on the New York Mercantile Exchange. Members of OPEC concluded their meeting in Vienna, without deciding on output-cut figures. It plans to debate output figures with non-OPEC producers during their meeting Friday.