Oil prices ended with full-year losses for the first time since 2015, after a desultory fourth quarter that saw buyers flee the market over growing worries about a supply glut and mixed signals related to renewed U.S. sanctions on Iran. 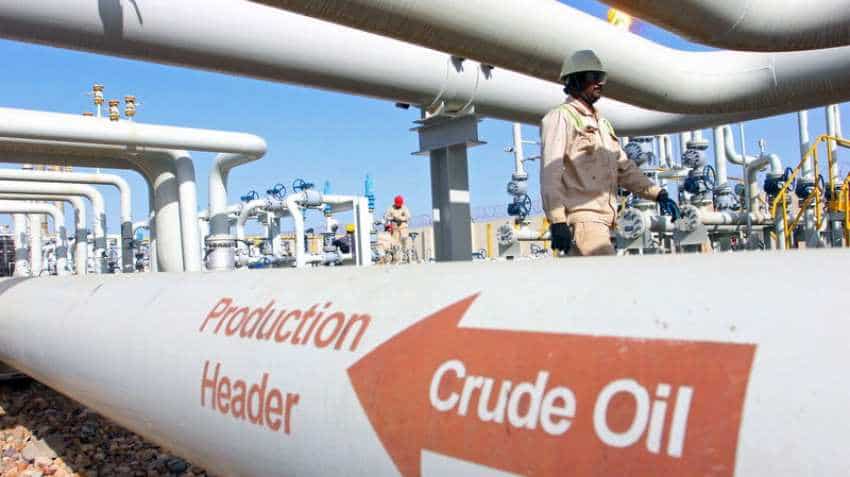 Oil prices ended with full-year losses for the first time since 2015, after a desultory fourth quarter that saw buyers flee the market over growing worries about a supply glut and mixed signals related to renewed U.S. sanctions on Iran.

The market had been on track for solid gains for the year until October, when the United States granted larger-than-expected waivers to importers of Iran`s oil, and as demand in emerging economies started to sag.

That combination dragged down both benchmarks from four-year highs above $76 a barrel and $86 a barrel, respectively, and even a late-year decision by the Organization of the Petroleum Exporting Countries and its allies including Russia, known collectively as OPEC , to ratchet down output was not enough to restore bullish sentiment.

"We`re flush with oil," said Phillip Streible, senior market strategist at RJO Futures. "OPEC is out there cutting, but the market isn`t really pricing that in."

Oil prices fell more than a third this quarter, the steepest quarterly decline since the fourth quarter of 2014.

Analysts have turned bearish on 2019, according to a Reuters poll. A survey of 32 economists and analysts forecast an average Brent price of $69.13 next year, more than $5 below analyst projections a month ago, and compared with an average real price of $71.76 in 2018.

Brent, the global benchmark, rose by almost a third between January and October, to a high of $86.74. That was the highest level since late 2014, the start of a deep market slump amid bulging global oversupply.

Prices rose through most of the year, continuing 2017`s recovery after several years of weak pricing that sent oil-rich economies into tailspins and forced hundreds of U.S. energy companies into bankruptcy. Renewed U.S. sanctions against major producer Iran, as well as healthy economic conditions and concerns about crude supplies, had elevated prices until October.

"OPEC and non-OPEC producers found themselves competing with additional supplies from the U.S. that overwhelmed the market," said Andy Lipow, president of Lipow Oil Associates in Houston.

Chinese manufacturing activity declined in December for the first time in more than two years, according to a national purchasing managers` survey.

The United States, which broke its 1970 peak of 10.04 million bpd in November 2017, surpassed Russia and Saudi Arabia to became the world`s top producer in 2018, hitting an all-time high of more than 11.5 million bpd in October, the U.S. Energy Information Administration said on Monday.

U.S. drillers added about 138 oil rigs in 2018, the second year in a row of boosting the rig count. But North American producers will likely begin to reduce spending on drilling in 2019 as prices fall below break-even levels for new wells in the Permian Basin and the Eagle Ford shale field in Texas, analysts said.

"You could have a meaningful rally," said John Saucer, vice president of research and analysis at Mobius Risk Group in Houston. "More companies are reducing capital expenditures, and production probably isn`t going to go as high as forecast."

Still, prices could stagnate for weeks until OPEC`s cuts begin to affect global supplies in mid-January and early February.

Money managers trimmed bullish wagers on U.S. crude to the lowest level in more than two years in the week to Dec. 18, the U.S. Commodity Futures Trading Commission said in its most recent report. New CFTC data will not be released until the partial shutdown of the federal government ends.

"The expectation was more money would be going into long positions as various fund managers thought they should have positions in oil," said Tom Kloza, chief oil analyst at the Oil Price Information Service. "Yet we end the year with the lowest number in net length" since August 2016.