"Cochin Shipyard Ltd has indicated an investment of Rs 130-150 crore over the next three to five to revive the two shipyards of HDPE that has potential to create direct employment for 150-200 people," HDPE Chairman Balaji Arun Kumar told PTI. 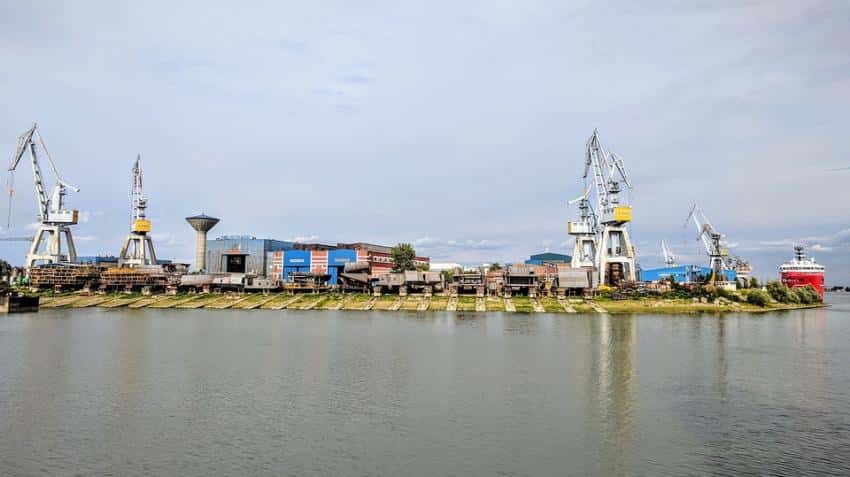 The ambitious National Waterways-I between Haldia and Allahabad could augur well for fortunes of the two non-functional shipyards of Hooghly Dock and Port Engineers (HDPE), as well as boost investment in West Bengal's shipping sector.

Cochin Shipyard Ltd has shown interest in reviving the two shipyards at Salkia and Nazirgunge, among the oldest in the country.

"Cochin Shipyard Ltd has indicated an investment of Rs 130-150 crore over the next three to five to revive the two shipyards of HDPE that has potential to create direct employment for 150-200 people," HDPE Chairman Balaji Arun Kumar told PTI.

An agreement for a strategic tie-up was signed in Kochi last week, he said.

The shipyards, which have been non-functional for the last one year, may be fully modernised in the next two years, Kumar added.

At present, Garden Reach Shipbuilders is the only major shipbuilding entity in the state, but is restricted to defence and border security agency contracts.

The central government's Jal Marg Vikas Project is developing the National Waterways-I at an estimated cost of Rs 4,200 crore.

As per the agreement, an SPV called Hooghly Cochin Shipyard Ltd has been formed in which Cochin Shipyards will hold 74 per cent stake, while the rest would be with HDPE.

"The initial paid up capital of the JV entity is Rs 22 crore," said Sudip Datta, COO of IL&FS Infrastructure, which is the project and transaction advisor for the revival scheme.

HDPE will lease both shipyards to the SPV for an initial period of 30 years, which can be extended for another 30 years.

According to the joint venture agreement, Cochin Shipyard will have to invest a minimum of Rs 100 crore in phases. The management control will rest with them.

Kumar said the SPV was expected to build low-draft, high-capacity and fuel-efficient barges.

He said investment requirement in modernising the shipyards may exceed Rs 150 crore over the next three to five years.

Cochin Shipyard raised money through an initial public offering (IPO) in August to part fund an expansion plan, including the construction of a new dry dock and an international ship repair facility.