"My association with Naik goes back to 35 years, when I saw him as a young engineer and that was in 1983-84. At that time, he was the original Make-in-India man," Ambani said at the launch of Naik's biography titled 'The Nationalist' here this evening. 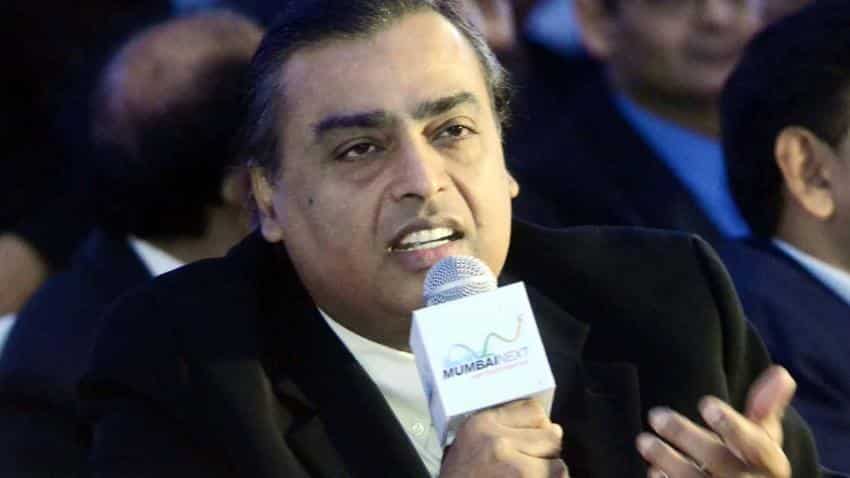 Describing Larsen & Toubro's non-executive Chairman A M Naik as a man with great vision, Reliance Industries Chairman Mukesh Ambani said he is the first and the "original Make-in-India man".

"My association with Naik goes back to 35 years, when I saw him as a young engineer and that was in 1983-84. At that time, he was the original Make-in-India man," Ambani said at the launch of Naik's biography titled 'The Nationalist' here this evening.

The book, authored by Minhaz Merchant, details how Naik, in his 53 years at the nation's largest engineering company, has travelled the long and arduous route to reach great heights.

"During that period (1983-84), I had returned from the US and we wanted to build capacities. I was quite idealistic and wanted to build a world-class facility. So I thought we would have to import from Germany and Japan. But Naik told me the he would do it. That is the vision I saw in him in the 80s," Ambani said.

He further said the basic parameter in the 35 years of association was that we will make in India, but without compromising on the quality.

"I told him that we want quality to be better than anyone else and you have the Reliance business," Ambani said.

"Being a shop-floor man, Naik could understand the micro details and he was very ambitious. His curiosity and ambition is such that whenever, during our talks, I told him that foreign firms have got certain technology, he would strive to develop a much better version of it. When I told him about the CAD (computer-aided design) system, within three months, L&T had developed it.

"Recently, I spoke to him about artificial intelligence and I am sure that within a few months you will tell me that your intelligence is better than the whole world," Ambani said.

He further said that the architecture of partnership between L&T and Reliance is cost-plus and a win-win.

Talking about the opportunity the country has going forward, Ambani said, "In the next 10 years, India will go from a USD 2.26 trillion economy to USD 7 trillion. This will be the biggest opportunity in the world and I am sure that engineers like you and me and entrepreneurs will really take a lesson from your book and life."

Speaking at the event, Naik said, "In 1965, destiny brought me to L&T. I entered the gates of Larsen & Toubro at Powai with a dream in my heart. I consider myself fortunate that I could join the company I had dreamt about, and eventually attain a position, from where I could reshape that very dream."

"We have actively participated in national missions in nuclear power generation, aerospace, infrastructure and hydrocarbon. We are paving the way for a new future in defence, digital and smart world and getting prepared for a fast changing technology-driven environment," Naik said.

He further said the company was "taking Brand India far beyond our shores by exporting high tech plants and systems to over 30 countries".

IGL, Solar Industries and Bharti Airtel share price: Buy, sell or hold—What should investors do with these stocks?