The airline would look to reduce maintenance expense from January 2019 as well as bring down cost of sales and distribution, as per the presentation. 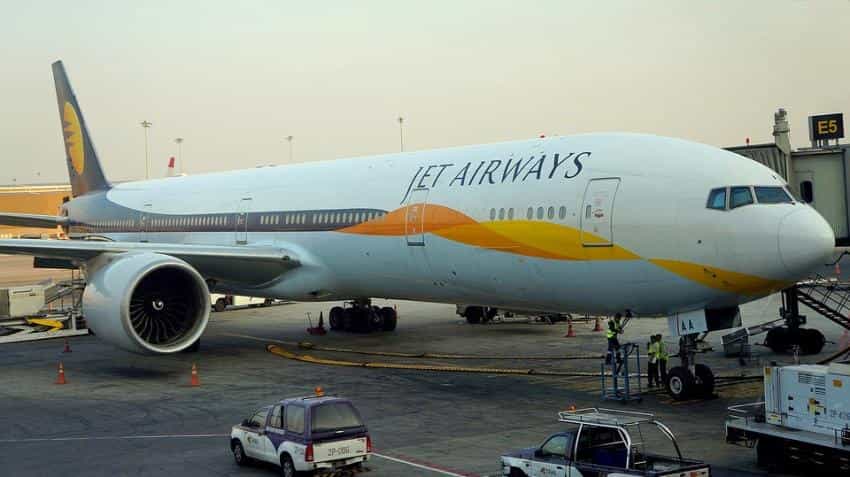 To bolster its overall income, the carrier would also focus on enhancing ancillary revenue by around Rs 250 crore.

In a presentation made to investors today, the carrier has listed out its priorities for strategic growth.

The airline would look to reduce maintenance expense from January 2019 as well as bring down cost of sales and distribution, as per the presentation.

More than 25 such planes are expected to be delivered to the airline by March 2020.

The carrier said it would increase the number of seats in Boeing 777 planes from 346 seats to around 400 seats from 2019 onwards.

Noting that it is best positioned to leverage opportunities in the Indian aviation sector, Jet Airways said migration to fuel-efficient aircraft, larger narrow body fleet size and cost optimisation would be part of its restructured cost base.

At the end of October, Jet Airways' domestic market share stood at 15.88 per cent, according to official data.

Around 15 per cent of the carrier's passenger feed comes from partners.

Codesharing allows an airline to book its passenger on partner carriers and provide seamless transport to destination.

An interline pact allows an airline to issue and accept tickets for flights that are operated by the partner carrier.

Stating that it has registered nine continuous profitable quarters, Jet Airways said, cash generated from operations have been utilised to reduce net debt by Rs 2,850 crore.

Shares of the company jumped over 4 per cent to close at Rs 720.55 apiece on the BSE today.