When she worked in sales for a Japanese bank, Chihiro Narazaki was passed over for the best assignments in favour of older colleagues. Her input was discouraged and she often stayed late just to do routine paperwork. 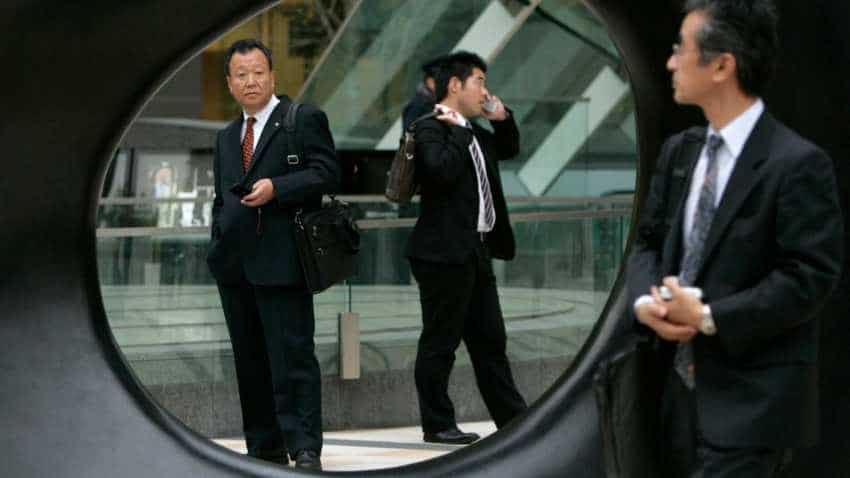 When she worked in sales for a Japanese bank, Chihiro Narazaki was passed over for the best assignments in favour of older colleagues. Her input was discouraged and she often stayed late just to do routine paperwork. The 29-year-old knew where this was heading: her father, who works in pharmaceutical sales, had a similar lifestyle, which she describes as "stuck in time."

Determined to avoid that fate, she found a new job, selling software for Cybozu Inc. She says she now sets her own goals, her voice is heard, and her presence is not mandatory. "Sometimes I work from home, go visit a client, and then go back home to do more work," said Narazaki, who has taken up yoga. "We have a lot of freedom."

"At my previous employer, what you did was determined by how old you were," she added. "It was a shame because people couldn`t use or develop their skills." With unemployment at a 26-year low, Japanese companies are facing stiff competition for talent. But younger people entering the workforce often resent everything that made the Japanese corporate environment globally notorious: long hours, strict top-down discipline and rewards based on loyalty and seniority.

This generational conflict is reshaping Japan`s infamous work culture. Many firms now ask employees to focus on their clients rather than their bosses, set their own goals instead of waiting for orders and allow them to work from home, avoid overtime and take more vacation. Human resources experts say this shift is not yet the norm in Japan. But it is becoming increasingly common and already affecting economic growth and labour productivity.

Reforms introduced in April could accelerate it. Companies will now face penalties if they don`t limit work hours or make it easier for staff to take vacation. "Companies had created a system that rates you on hours worked, and that`s how you got ahead in the corporate world," said Yoshie Komuro, head of Work-Life Balance Inc, which advises the government on labour reforms. "Now it`s becoming a question of how you can produce results with limited resources in Japan."

Prime Minister Shinzo Abe has gradually reformed labour laws since taking office in 2012, making it easier for mothers to take part-time jobs, cutting hours and reducing the pay gap between full-time and contract workers. Since then, average work hours have fallen at the fastest rate in the Group of Seven industrialised economies, beating the average among members of the Organisation for Economic Cooperation and Development. Japan also leads G7 productivity gains for that period.CULTURE CHANGE

For Cybozu, those gains translate into double-digit annual growth rates in sales. Older staff say their company once had a bad reputation for working employees into the ground. At one point, 28 percent of its workforce left in one year because of overwork.

Now the attrition rate is 5 percent, and the company has stopped advertising positions on third-party websites. "At first I was extremely worried that my generation could not adapt. I`m happier now," said Takashi Matsukawa, 46, a human resources adviser at Cybozu.

During Japan`s late 1980s-early 90s economic boom, when the West faced frequent worker unrest, Japanese companies found an edge in technology, as well as the devotion and discipline of their skilled workers. The culture required maximum effort for any task, regardless of magnitude, and no questioning of orders. But in some cases that developed into an ethos of pleasing bosses rather than customers.

Hiroaki Izumi, general manager in charge of the compliance control department at Sumitomo Life Insurance, recalls holding unneeded in-house meetings and crafting elaborate summaries of business updates from each branch around the country. That left less time for simple but useful tasks, such as making explanatory brochures for customers or improving their privacy protection, he says.

The 50-year-old often had to leave the office at 9 or 10 p.m. Now he rarely stays later than 6 p.m. and has used his spare time in the past three years to earn a doctorate in law. Overall, Sumitomo has reduced overtime by 5 percent since 2016. "We have been doing these reforms out of a sense of crisis," said Motohisa Kawamura, deputy general manager at Sumitomo`s personnel planning department.

"We needed to cut unnecessary jobs and focus on core business. We needed to make sure our employees had time to learn new skills and innovate."SALARY MEN

But after two decades of stagnant economic growth, and numerous reports of suicides and heart attacks at work, they became a symbol of an obsolete seniority system that is holding Japan back.

Kaito Fukuda, 20, does not want to become a salary man.

"I`ve been interviewing and I can tell that companies feel they have to compete to hire young people by showing they have an appealing work culture," he said outside the busy Shibuya train station after leaving a career seminar for fresh graduates.

"Of course I want money, but I also want to be able to use my vacation days," he said. "If work is not fun I won`t last long on the job."