"The downgrade for this year's looks like a blip in a much positive longer-term picture," Maurice Obstfeld, Economic Counsellor and Director of Research Department at IMF. 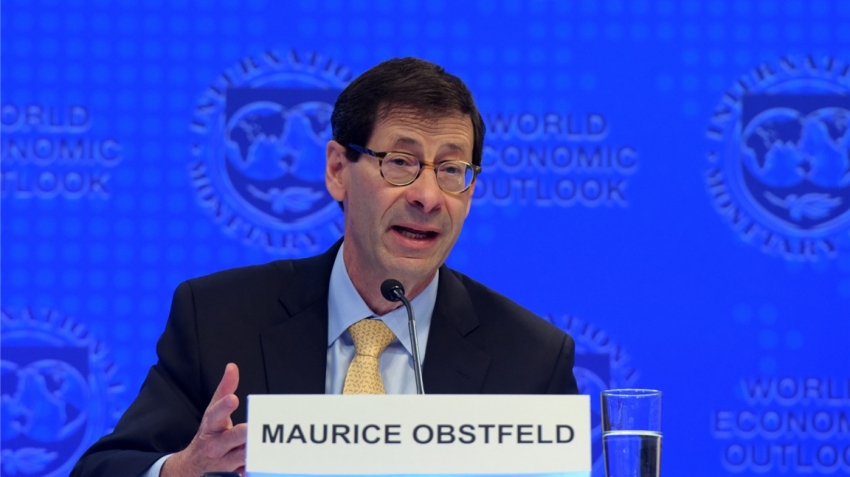 The downgrade in India's growth for the current fiscal by 0.5% to 6.7% is a "blip" in a much positive long-term picture of its economy, a top official of the International Monetary Fund has said.

The latest IMF report lowered India's growth projection to 6.7 % in 2017, 0.5%  points less than its previous two forecasts and attributed it to demonetisation and introduction of the GST.

"The downgrade for this year's looks like a blip in a much positive longer-term picture," Maurice Obstfeld, Economic Counsellor and Director of Research Department at the International Monetary Fund (IMF) told reporters after the release of its flagship World Economic report.

Responding to a question during a news conference here, Obstfeld however appeared to be confident about the future of Indian economy. "In general, the state of India's economy is quite good. The government has energetically perused structural reforms, including the GST which will have a payoff longer term," he said.

The country has benefited from the improved terms of trade. It has also benefited from return of normal monsoonal rain season given the large share of agriculture, he said.

However, for this year there were two headwinds, the IMF official said. Number one, the implementation of the GST itself particularly in July and August had some disruptive effects which IMF believes is passing, he said. "You can see our forecast for next year is quite high, I think 7.4 %," he added.

"The other headwind came from demonetisation, which led to temporarily cash shortages, which now has been overcome," said the IMF official.

In its report, the IMF said India's growth momentum slowed, reflecting the lingering impact of the authorities' currency exchange initiative as well as uncertainty related to the midyear introduction of the country-wide Goods and Services Tax.

GST, which promises the unification of India's vast domestic market, is among several key structural reforms under implementation that are expected to help push growth above 8 % in the medium term, IMF said.

The Goods and Services Tax (GST) was implemented in India from July 1 this year. It brings the economy under a uniform tax regime.