India takes up H-1B, other issues with US at Trade Policy Forum 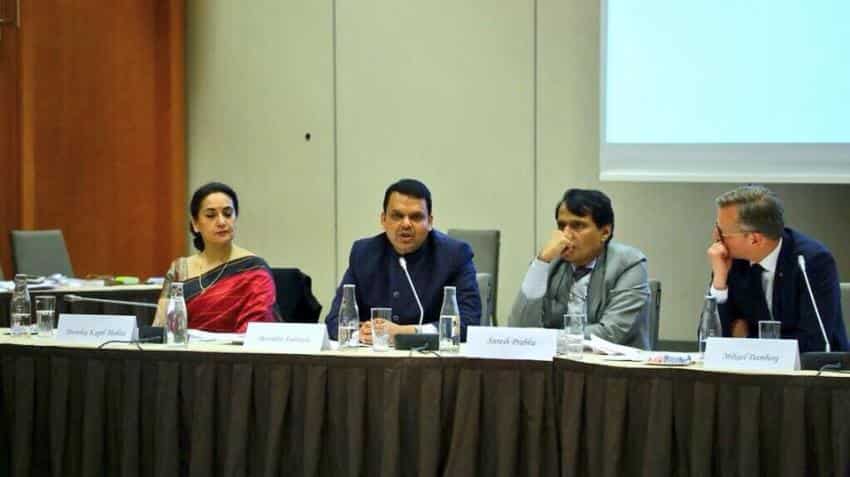 India has again flagged its concerns to the US over problems being faced by Indian companies in procuring H-1B and L-1 visas for professionals and asked it to revisit its position on the matter.

Union Commerce and Industry Minister Suresh Prabhu has asked the US government to ease the movement of skilled professionals who have over the years contributed towards making US companies more competitive.

Prabhu had "productive discussions" with the United States Trade Representative, Ambassador Robert Lighthizer and his team in a cordial, friendly and positive manner, According to an official statement.

The commerce minister took up India's concerns with regard to problems faced by Indian services companies in obtaining H-1B and L-1 visas at the 11th Trade Policy Forum (TPF) meeting, which was held in Washington on October 26, 2017, the statement said.

During the meeting, discussions were held on issues related to bilateral trade between the two countries, areas of mutual cooperation, market access in agriculture, non- agricultural goods and services and Intellectual Property Rights (IPR).

Prabhu noted that the TPF serves as a robust platform that contributes towards promoting bilateral trade and investment between India and the US, the statement said.

On the US concerns related to trade deficit with India, the minister pointed out that the issue of trade deficit should be viewed in the larger context of the growing economic and strategic partnership between the two countries that has grown and strengthened in recent years.

He also took up the issue of mismatch between US visa and social security regimes, wherein Indian professionals making social security contributions do not receive their due benefits upon their return to India, the statement added.

"He urged the US to revisit its position and work towards achieving a totalisation agreement," it said.

While responding to US concerns on price controls on medical devices, Prabhu stressed on the need for a balance between the demand for optimum medical facilities and affordable healthcare to its citizens.

"India desires to address the concerns of providing affordable healthcare to its citizens and balancing it with the need to introduce high-end technology," the statement said.

Noting that India has made significant investments in the US and Indian skilled workers and students make important contributions to the US economy, Prabhu said, "As the Indian economy grows, and with the renewed emphasis on reviving US manufacturing, there will be greater opportunities for US exports to India."

In this context, he pointed out that India has already started to import crude oil and new Liquefied Natural Gas exports are expected to commence early next year.

Indian aviation companies such as Spicejet and Jet Airways have placed orders for over 300 aircraft valued at several billions of dollars, Prabhu said.

The minister said these developments will go a long way in fulfilling Prime Minister Narendra Modi and US President Donald Trump's desire to have a free, fair and balanced trade between India and the US.

Prabhu also sought the support of the US to India's proposal on the Trade Facilitation in Services Agreement which has been tabled by India at the WTO.

At the conclusion of TPF, the statement said it was decided that the two countries will continue to work towards building strong trade and investment ties to realise mutual gains from the partnership.

IPL 13: Wasn''t looking at the required runs, says Samson after win against MI

I was waiting for this, says Pandya after 21-ball 60