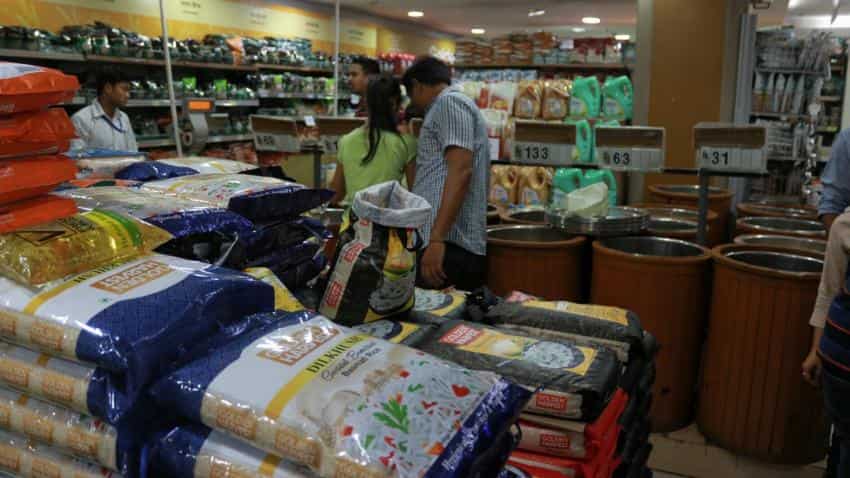 The Council cut GST rate on second-hand medium and large cars and SUVs from 28 per cent to 18 per cent and on other old and used motor vehicles to 12 per cent. Image Source: IANS

The all-powerful GST Council today cut tax rate on 29 goods, including second-hand vehicles, confectionery and bio-diesel, while veering around to simplifying return filing process for businesses.

The panel at its next meeting may also consider bringing under the Goods and Services Tax (GST) purview items like petroleum and real estate which are currently outside the new regime, Finance Minister Arun Jaitley said.

The Council cut GST rate on second-hand medium and large cars and SUVs from 28 per cent to 18 per cent and on other old and used motor vehicles to 12 per cent.

Tax on diamonds and precious stones was slashed to 0.25 per cent from current 3 per cent.

The new rates would be effective from January 25.

The tax rate cut on 29 goods and 54 services would result in a revenue loss of around Rs 1,000 crore, sources said.

The Council, in its 25th meeting today, also discussed process to make return filing simpler with just one return to be filed every month.

Infosys non-executive chairman Nandan Nilekani made a presentation on simplification of the return filing process.

The Council discussed the possibility of retaining only GSTR- 3B or initial sales return, while mandating sellers to upload their invoices.

Jaitley said the GSTR-3B and the invoices can be matched by tax officers; and in case of difference, at a later stage businesses can be asked to explained.

"It was finally culminating into filing 3B returns and supplier invoice, which would be adequate," he said, adding that the Bihar Deputy Chief Minister Sushil Modi, GSTN chairman Ajay Bhusan Pandey and Nilekani would formalise the structure and a final decision would be taken at the next meeting of the Council.

Asked if filing only one return is the way forward, he said "that seems to be the course".

Businesses at present have to file GSTR-3B as well as GSTR-1, which is the final invoice wise sales returns.

Jaitley said the next meeting may also consider bringing items that are currently in GST within the new tax regime.

The Goods and Services Tax (GST) was rolled out from July 1, 2017 by subsuming most of the Central and State indirect taxes into a single tax. But, crude oil, natural gas, diesel, petrol and ATF have not been included in the ambit of GST as of now.

Also, real estate was kept out of the GST.

The minister further said that a nation-wide roll out of e-way bill will happen on February 1 for inter-state transportation of goods through roads. Additionally, 15 states have said they will also start off with e-way bill for intra- state movement of goods on the same day.

"Therefore, the trade and transport industry have to comply with," he said, adding that the e-way bill would act as anti-evasion measure.

In view of declining GST revenues, the Council, chaired by Jaitley and comprising his state counterparts, today reviewed the collections in the new indirect tax regime.

Jaitley said so far the government was relying on unilateral declaration made by the business, and in view of declining collections, there was a need for anti-evasion measure.

The GST revenue mop-up has been steadily declining over the month as from over Rs 95,000 crore collected in July, it has come down to about Rs 81,000 crore in November.

Jaitley further said that tax revenues from businesses opting for composition scheme was a matter of "serious concern" as 17 lakh businesses who have opted for the scheme have paid a cumulative tax of Rs 307 crore in the first quarter.

"There seem to be under declaration as far as collections from composition scheme are concerned," he said.

Some tweaking in the scheme is expected when the Council discusses amending the Central GST, State GST and Integrated GST Acts in its next meeting, which will be held through video conferencing.

The amendments to these laws would be placed before Parliament in the second leg of Budget session. The first phase of the session will be from January 29 to February 9.

After a recess, Parliament will meet again from March 5 to April 6.

Besides, in view of a hefty Rs 35,000 crore unclaimed credit lying in form of IGST collections, the Council also decided to provisionally divide the amount equally between the Centre and states.

"It will ease indirect tax position of the Centre and states. In direct taxes, we are ahead of target... In last few months, direct tax has grown substantially," he said.

Besides, the Council also accepted the report of the CBEC Chairperson Vanaja Sarna headed committee on handicraft sector. Now the fitment committee will decide on which handicraft items the rates could be lowered.

"Several more steps such as reintroduction of reverse charge on transactions with unregistered dealers, scrutiny and audits should now be expected," Mani said.