Alphabet Inc`s Google launched more affordable versions of its Pixel smartphone on Tuesday at about half the price of its current models. 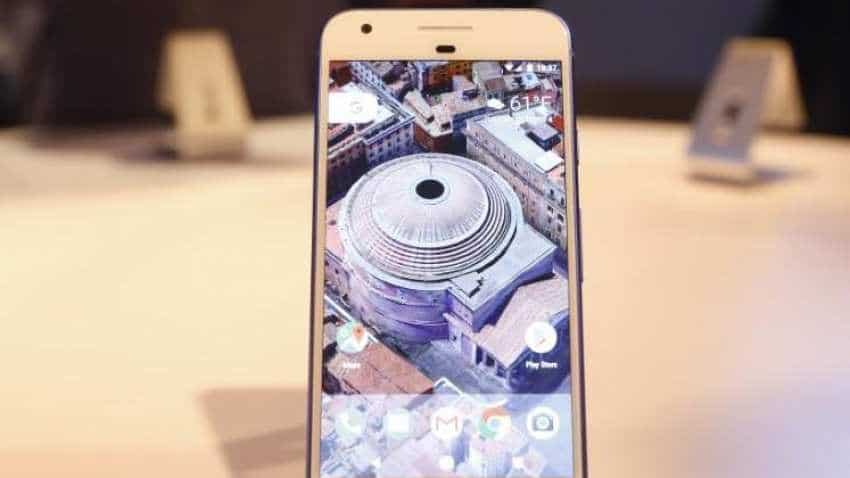 Google Pixel has been a slow seller compared to phones from Apple Inc and Samsung Electronics Co. Image source: Reuters

Alphabet Inc`s Google launched more affordable versions of its Pixel smartphone on Tuesday at about half the price of its current models, and dropped an exclusive U.S. distribution deal with Verizon Communications Inc, signaling a major shift in the tech giant`s hardware strategy.

Since hitting the market three years ago, the Pixel has been a slow seller compared to phones from Apple Inc and Samsung Electronics Co. Those companies spend far more than Google on advertising, offer options at multiple prices and ensure wide distribution.

Google is now moving to close the gap. The new Pixel 3a is priced as low $399, compared with $799 for last year`s Pixel 3. The cheaper version will have one front camera instead of two and no wireless charging option, Google said. The phone will sell in the same 13 countries as the Pixel 3.

And while Pixel devices currently work on T-Mobile, Sprint and U.S. Cellular networks, those U.S. wireless carriers will also begin to sell the phones starting Wednesday, along with Verizon.

"It was the right time" for the expansion, Mario Queiroz, the Google vice president overseeing Pixel, told Reuters last week. "Getting into the market initially, it was better to do it in a focused way, but we`ve got to the point where we`re ready to do it more broadly."

Google had discussions with AT&T, another major U.S. carrier, but could not overcome some differences, according to people familiar with the matter. But Google and AT&T continue to discuss the possibility of stocking smartphones in the future, one of the people said.

Google`s Queiroz declined to comment on talks with partners. He said advertising for the Pixel 3a would be a continuation of campaigns for the Pixel 3. The Pixel 3a was unveiled Tuesday on the main stage at Google I/O, Google`s annual conference for its thousands of industry partners and its showcase for new products.

Technology analysts said the mid-price range smartphone, which had been rumored for weeks, makes Google a more serious contender in the industry. Earlier Pixel devices have drawn strong user reviews for camera features and artificial intelligence capabilities that beat those in phones from Samsung and other manufacturers using Google`s Android mobile operating system.

But Android partners have seen little threat as demand slowed for phones priced above $500. Google last month reported fewer first-quarter Pixel sales than a year ago due to increased competition and decreased demand in the high-end market. "Up until now, Pixel was more like a hobby than an actual business," said Ben Wood, chief of research at market research firm CCS Insight.

The Pixel 3a and its 0.4-inch larger cousin, Pixel 3a XL, which starts at $479, could upset Android partners, analysts said. "It`s like walking a tightrope," said Wayne Lam, an analyst with IHS Markit. "You don`t want to upset your licensees but you have to go where the money is."

Queiroz, the Google VP, declined to comment on profit margins for the new models, which will keep features like a headphone jack that are obsolete in higher-priced smartphones. "It’s not the absolutely bleeding edge technology," he said. "Our bet is that our software capabilities are better than our competitors."