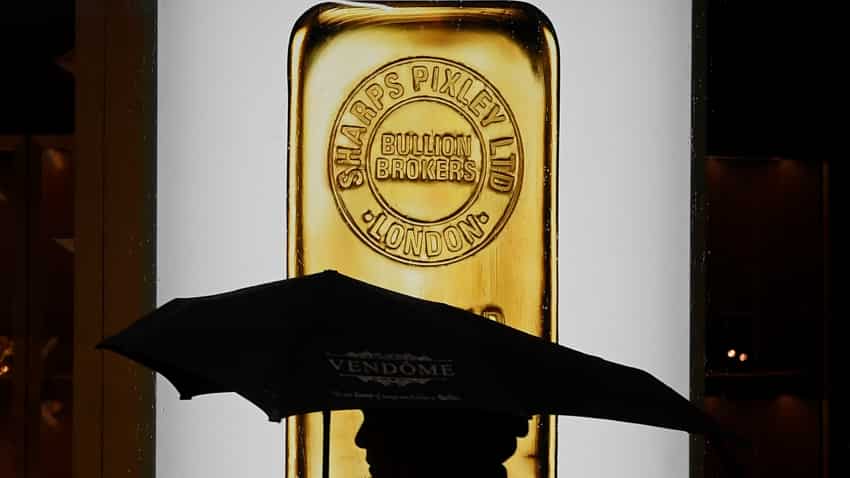 Gold edged down on Friday but held near an over two-month high hit in the previous session, when prices surged over 2 percent as a rout in global stock markets boosted the metal`s safe-haven appeal.

* Asian shares held steady on Friday after a nine-day losing streak, but sentiment was frail after Wall Street shares crumbled and expectations of market volatility shot up to an eight-month high. [MKTS/GLOB]

* Worries about the economic impact of the Sino-U.S. trade war, a spike in U.S. bond yields this week and caution ahead of earnings seasons have all been cited as potential reasons behind the selloff, the biggest market rout since February.

* The dollar fell to a near two-week low on Thursday against a basket of currencies as traders pared greenback holdings on lower U.S. Treasury yields and further equity losses on Wall Street.

* The stock sell-off, rising trade tension with China, slower global growth and verbal pressure from the White House are unlikely to dent the U.S. Federal Reserve`s rate hike plans in an economy performing in line with the central bank`s forecasts.

* U.S. President Donald Trump launched a second day of criticism against the Fed on Thursday, calling its interest rate increases a "ridiculous" policy that was making it more expensive for his administration to finance its escalating deficits.

* U.S. consumer prices rose less than expected in September, held back by a slower increase in the cost of rent and falling energy prices, as underlying inflation pressures appeared to cool slightly.

* Investors searching for perpetrators and victims in this week`s U.S. stock market selloff pointed to a familiar source: number-crunching fund managers and machines.

* China`s latest attempts at restricting outward investment by its residents show just how nervous policymakers in the world`s second largest economy are about possible capital flight spurred by a broadening Sino-U.S. trade war.