Gold inches up as retreat of bond yields weigh on dollar 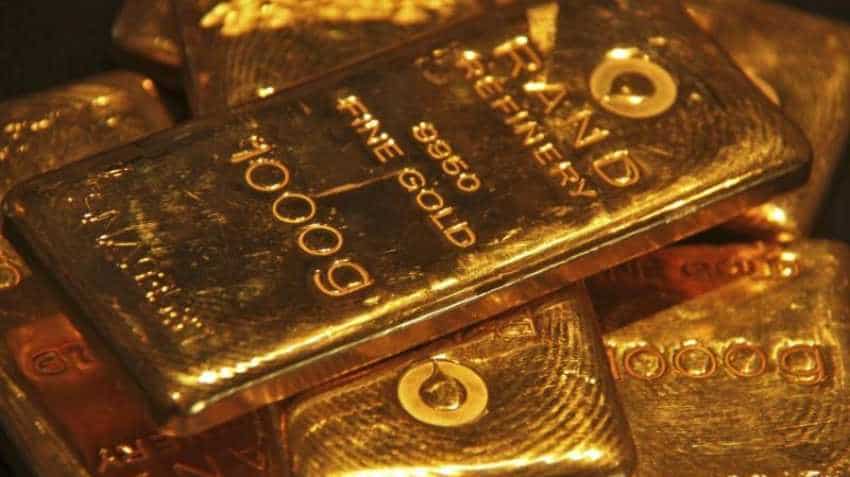 * The dollar index, which measures the greenback against a basket of six major currencies, was down 0.1 percent.

* U.S. long-dated Treasury yields fell on Tuesday in choppy trading, as investors took a respite from selling bonds that took rates to multi-year highs following recent economic data and on interest rate prospects over the next year and a half.

* The IMF cut global economic growth forecasts for 2018 and 2019, as well as its U.S. and China estimates for next year, saying the two countries would feel the brunt of their trade war next year.

* Risks to the global financial system have risen over the past six months and could increase sharply if pressures in emerging markets escalate or global trade relations deteriorate further, the IMF said on Wednesday.

* U.S. President Donald Trump on Tuesday again criticized the Federal Reserve, telling reporters the central bank is going too fast in raising rates when inflation is minimal and government data points to a strong economy.

* Trump said on Tuesday his second summit with North Korean leader Kim Jong Un would be held after U.S. congressional elections on Nov. 6.

* U.S. inflation expectations for both one and three years into the future were unchanged last month, according to a Federal Reserve Bank of New York survey that painted a picture of price stability among consumers.

* China must take strong stimulus measures to support growth, with the country in a "critical" period of stabilising its economy, according to a commentary in the Global Times, a state-backed Chinese tabloid.

* Italy will do whatever is necessary to restore calm if market turbulence turns into a financial crisis, Economy Minister Giovanni Tria said on Tuesday, calling for more measured debate over government budget plans.

* The Bank of England urged the European Union on Tuesday to do more to protect cross-border financial services from the risks of a "cliff-edge Brexit", saying the need for action was now pressing.DATA AHEAD (GMT)