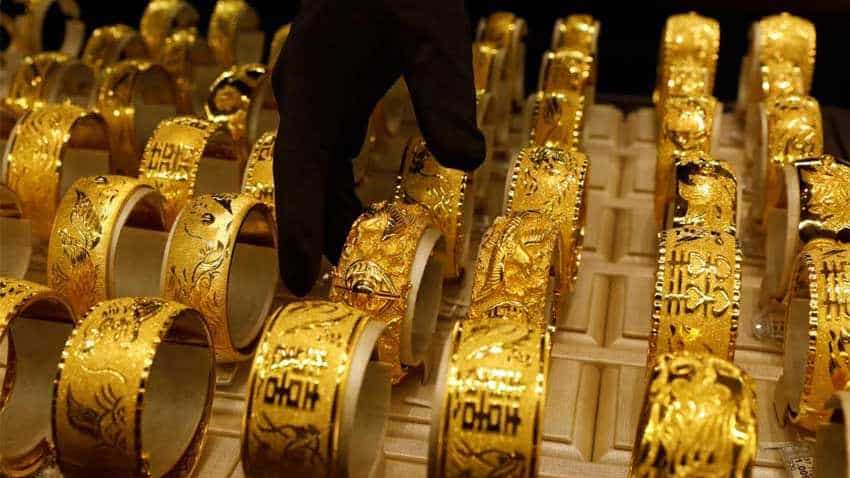 US President Donald Trump said that tariffs on $200 billion worth of Chinese goods would increase to 25 percent from 10 percent on Friday. Image source: Reuters

Gold prices edged higher on Tuesday as investors moved away from riskier assets after U.S. President Donald Trump threatened to raise tariffs on Chinese imports, heightening trade tensions and lifting demand for the safe-haven metal. Spot gold was up 0.1 percent at $1,281.04 an ounce at 1120 GMT.

"Donald Trump tweets over the weekend and reactions out of China has sent shockwaves. European equities are further down this morning and this is a situation where gold is seen as a safe-haven," said Quantitative Commodity Research analyst Peter Fertig. "There has been uncertainty in the market since yesterday, which has given gold a push higher."

U.S. President Donald Trump said that tariffs on $200 billion worth of Chinese goods would increase to 25 percent from 10 percent on Friday, reversing a decision he made in February to keep them at 10 percent as the two sides made progress on trade talks. Trump`s tariff threat weighed across equity markets around the world, in turn supporting gold, which is used by investors to hedge against economic and political instability.

"There are significant catalysts for gold with the escalations on the trade-war front yesterday, but it is surprising we have not seen a significant follow through," said Stephen Innes, head of trading and market strategy at SPI Asset Management. Adding to the sentiment, Trump`s national security adviser John Bolton on Sunday said that the United States was deploying a carrier strike group and a bomber task force to the Middle East to send a clear message to Iran.

"Some are also focusing on the tensions in the Middle East and the two catalysts are sufficient to hold prices but there is a general reluctance to push prices higher over $1,285," Innes added. A faction of the market still expects the United States and China to find common ground and believes that Trump`s tariff threat is likely to be a negotiation tactic.

China`s commerce ministry confirmed on Tuesday that Vice Premier Liu He will visit the United States over May 9-10 for bilateral trade talks at the invitation of senior U.S. officials. Meanwhile, holdings of SPDR Gold Trust, the world`s largest gold-backed exchange-traded fund, continued a dismal run as it fell by 0.16 percent to 739.64 tonnes on Monday, its lowest since Oct. 11.