The European Commission is reviewing last-minute changes from Alstom and Siemens aimed at getting a green light for the planned merger of their rail activities, EU Competition Commissioner Margrethe Vestager told Reuters. 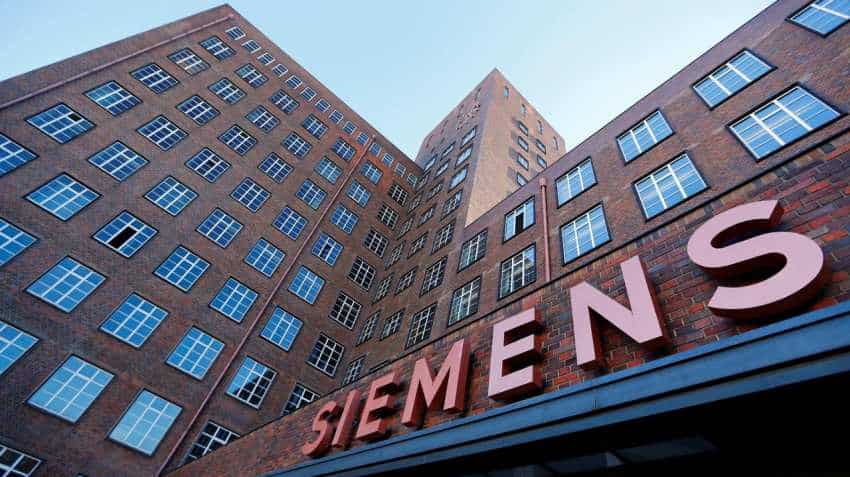 The European Commission is reviewing last-minute changes from Alstom and Siemens aimed at getting a green light for the planned merger of their rail activities. Image source: Reuters

The European Commission is reviewing last-minute changes from Alstom and Siemens aimed at getting a green light for the planned merger of their rail activities, EU Competition Commissioner Margrethe Vestager told Reuters.

Vestager confirmed the firms had made new concessions on the terms of the deal on Friday, but said the changes were submitted on Day 110 of the process, which was "way, way over the usual deadline."

Asked if the door was still open for a possible agreement, Vestager said, "We`re looking at what was handed over to us this Friday. This is the last push, if at all possible."

Speaking during a visit to Berlin to the congress of Germany`s pro-business Free Democrats party, Vestager declined to address any specific changes proposed by the two companies, noting the case was still under review.

People familiar with the matter said last week that the EU competition watchdog would block the deal, with a decision likely on Feb. 6 ahead of the Feb. 18 deadline.

The rail merger would create the world`s second largest rail company with combined revenues of around 15 billion euros ($17 billion), roughly half the size of China`s state-owned CRRC Corp Ltd but double Canada`s Bombardier.

French Finance Minister Bruno Le Maire on Sunday told France Inter radio there were no grounds for the European Commission to veto the proposed merger given the new concessions.

A source familiar with the matter said on Friday the companies had added concessions to try to allay EU antitrust concerns, including an offer to share Siemens` high-speed train technology for 10 years instead of five in Europe.

Competition agencies in Germany, Britain, Spain, the Netherlands and Belgium have warned against the deal, saying the first set of concessions fell short. Alstom unions have also criticised the deal.

Vestager said the Commission had concerns about the merger in a number of markets, but there were numerous markets in the rolling stock areas where there was plenty of competition.

"It remains to be seen," she said. "We are doing our best. This is a very special case - tender-driven, global in nature."

Vestager said the Commission was racing to complete its work so there would be time for the national competition authorities to review the EU decision and respond before Feb. 18.

She expressed surprise about the late submission of remedies by the companies, adding, "We have never had remedies sent to us so late. Friday - when there was a change in some of the proposed remedies - it was Day 110 in our procedures, and that I have never experienced before."