The US and China have been locked in an escalating trade spat since early 2018, raising import tariffs on each other's goods. 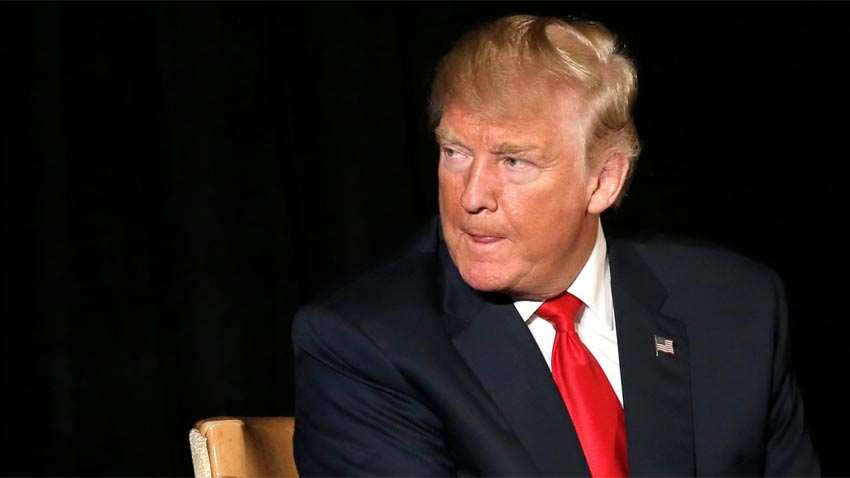 Donald Trump said there was a possibility of him meeting president Xi around his summit with North Korea leader Kim Jong-un later this month. Reuters

President Donald Trump has said US' massive trade deficit with China cannot be allowed to continue, a day after the officials from both countries concluded their latest round of negotiations on trade issues.

The US and China have been locked in an escalating trade spat since early 2018, raising import tariffs on each other's goods.

Last year, Trump imposed tariff hikes of up to 25 per cent on USD 250 billion of Chinese goods. The move prompted China to increase tariffs on USD 110 billion of American goods.

Trump, who has been accusing China of indulging in unfair trade practices contributing to the huge trade deficit amounting to USD 375 billion, recently said the trade talks with Beijing were going on "very well".

Trump met a high-powered Chinese delegation led by its Vice Premier Liu Hu in his Oval Office on Thursday during which he said that the two countries had made significant progress, but nothing is final till he personally seals the deal with Chinese President Xi Jinping.

"If we make the deal with China, you're talking about, it'll be a different world for us. We lost USD 500 billion a year with China, for many years. We're not going to do that anymore," Trump told reporters at the White House on Friday.

After his meeting with Xi in Argentina on December 1, the two countries agreed to pause their trade war for 90 days and arrive at a trade deal by March 1. Trump on Friday threatened to go ahead with his planned slapping of additional tariffs on Chinese imports if the deal is not reached by March 1.

Trump is excepted to brief the nation in his State of the Union Address on February 5. At the same time, the president praised China for its decision to import additional agricultural products.

"China, as a sign of goodwill, has agreed to purchase a tremendous, massive amount of soybeans and other agricultural product. Our farmers, this morning, are very happy. I spoke to Sonny Perdue, Secretary of Agriculture. He called me this morning. Our farmers are extremely happy," he said.

China is having a tough time on its economy, Trump said.

Trump said there was a possibility of him meeting president Xi around his summit with North Korea leader Kim Jong-un later this month. The venue of the meeting has not been announced yet.

"That'll be announced officially probably next week," he said.

"We urge you to support a tough approach that demands meaningful, enforceable, verifiable and enduring concessions that address the underlying challenges identified by the section 301 investigation led by the office of the United States Trade Representative (USTR)," the senators wrote.

"American jobs, American innovation and long-term American economic influence and prosperity are at stake," they said.

The letter follows recent reports that Mnuchin may be encouraging Trump to back down in order to conclude trade negotiations with China next month.

The letter sheds light on how China's predatory trade practices, which include forced technology transfers, espionage resulting in the theft and extortion of US intellectual property, flooding the American market with cheap dumped goods, and preventing US companies from competing freely in their market, not only threaten American jobs, but pose a significant threat to American innovation and long-term American economic influence and prosperity.

In their letter, Wyden, Schumer and Brown note that should China fail to make the permanent structural reforms necessary to remedy these very significant issues, any trade agreement that merely addresses the trade balance with China will be an abject failure.