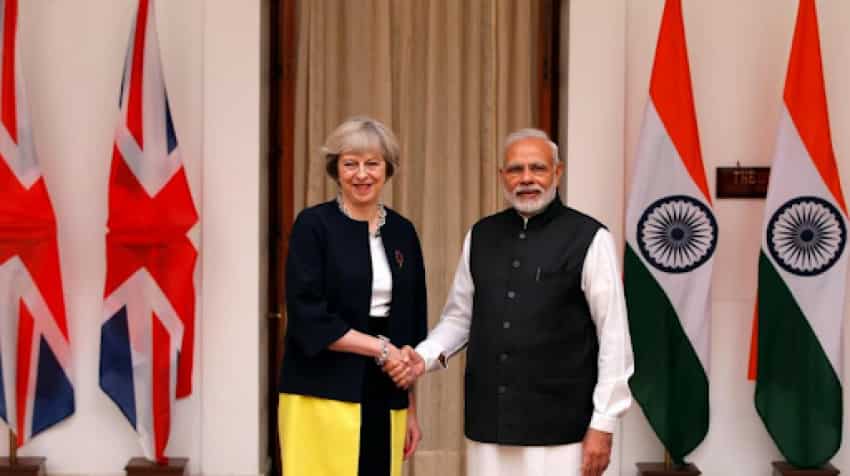 DfID notes that it works in partnership with the UK's Foreign and Commonwealth Office, Image source:Reuters
Written By: PTI
RELATED NEWS

A few weeks after the government's Department for International Development (DfID) released its "India Profile" for the coming years in July, Tory MP David Davies said India did not "want or need" UK aid and that "in effect we are sponsoring an Indian moon launch".

In reference to India's 95.4 million-pound "splurge" on lunar probe Chandrayaan-2, which is expected to launch later this year, other Tory MPs also attacked the financial assistance ear-marked for India.

"Here we are spending money in a country that has not only got its own space programme but is developing its own overseas aid programme. To be honest, the government needs looking at if it thinks that is an appropriate way of spending taxpayers' money," Tory MP Phillip Davies told 'Daily Express', a newspaper which runs campaigns against what it believes is the UK's unnecessary foreign aid spending as opposed to domestic expenditure.

"It needs to get out of Whitehall and appreciate the public is not just sick and tired of this but angry too. It is completely unjustifiable and truly idiotic," Davies added.

However, DfID stressed that none of the financial assistance marked for India was intended for its space programme.

"DFID ended traditional aid to India in 2015. The UK now provides the country with world-leading expertise and private investment which boost prosperity, create jobs and open up markets, while generating a return for the UK at the same time," a spokesperson said.

"This is firmly in our interests. Not a penny of British taxpayers' aid money has gone on India's space programme," the spokesperson said.

In its "India Profile" assessment, DfID notes that it works in partnership with the UK's Foreign and Commonwealth Office, the Department for International Trade and the UK Treasury to deliver joint economic development priorities in India, focusing on areas which will "generate the most jobs and lift people out of poverty".

Describing India as an important economic partner for the UK, DfID points out that India is constrained in reaching its full global economic and political potential by significant internal challenges, including some 230 million people living in poverty; skills shortages; unplanned urbanisation and a huge infrastructure deficit.

"Our partnership with India helps enhance investment and trade; increase prosperity and jobs in both countries; strengthen joint action on global issues of mutual concern; widen access to knowledge and technology and support the UK's global security objectives," DfID notes.

But objections to the financial assistance from members of the country's ruling Conservative party dismiss this as a viable explanation.

"It's difficult to explain to the taxpayer that we are sending aid to a country that can afford its own space programme," said Andrew Bridgen, Tory MP for North West Leicestershire

The 'Daily Express' ran a 'Stop The Foreign Aid Madness' campaign recently, which involved handing over a petition on behalf of thousands of its readers demanding the UK government cuts down on foreign aid.

"The 'Daily Express' has revealed how the government's target of spending at least 0.7 per cent of national income overseas has led to huge rifts," the newspaper claims.