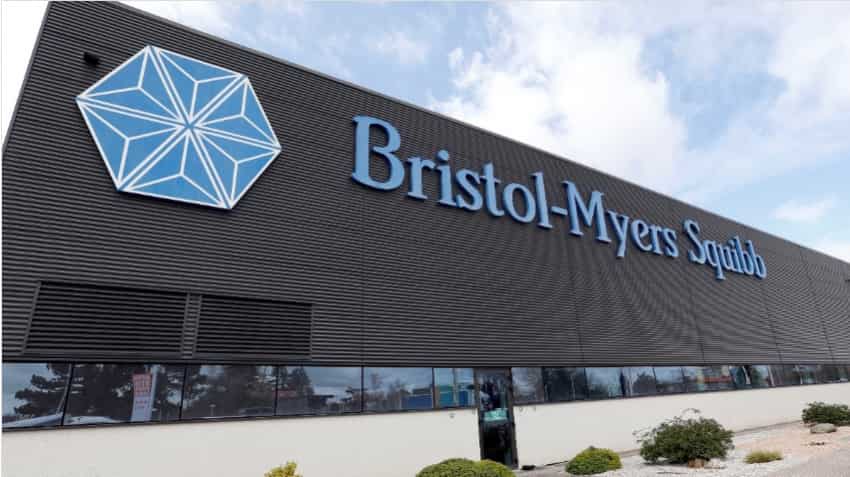 Both Bristol-Myers and Celgene face separate challenges, and some Wall Street analysts questioned whether the combination - which the companies said would create $2.5 billion in cost savings and significantly raise earnings - would solve them. Amid clinical setbacks and other missteps, Bristol-Myers shares fell 15.2 percent in 2018 while Celgene plunged nearly 40 percent last year.

Bristol`s most important cancer immunotherapy and growth driver, Opdivo, has lost much of its luster as Merck & Co`s

On Thursday, Bristol`s stock ended another 13.3 percent lower at $45.12. "Doing this transaction clearly indicates that risk to Opdivo in lung cancer is obviously a concern," SunTrust Robinson Humphrey analyst John Boris said in an interview.

There is also shareholder concern that drugs in development would not have enough sales to offset major products losing exclusivity between 2022 and 2026.

But cash flow from Revlimid buys Bristol-Myers time to pay down debt and position for another transaction, Boris said. Revlimid is expected to record nearly $10 billion in 2018 sales.

"Both of them were coming into this year kind of limping," said Brad Loncar, who runs the Loncar Cancer Immunotherapy ETF. The deal makes "the combined entity a lot stronger," he added.

Including debt, the deal is worth $95 billion, eclipsing Pfizer`s $89 billion purchase of Warner-Lambert in 2000, according to Refinitiv.

Some analysts, including Baird Equity`s Brian Skorney, said it raised the possibility of a new era of big drug deals, much like in 2009, when Pfizer Inc

Bristol expects to achieve the $2.5 billion in cost savings by 2022, with 55 percent coming from cuts in sales, general and administrative expenses, 35 percent through reduction in research & development spending and 10 percent from manufacturing. It said the deal will add more than 40 percent to its earnings in the first year after the deal closes, expected in the third quarter of 2019.

Celgene shareholders will also receive a so-called CVR payment, or contingent value right, of $9 if three treatments in development achieve timely approvals. Those are the high-profile multiple sclerosis drug ozanimod, lymphoma treatment liso-cel by Dec. 31, 2020 and a CAR-T therapy for multiple myeloma known as bb2121 from a partnership with bluebird bio

"What`s important to us is the sustainability of Celgene`s leadership position in hematology through their pipeline" even after Revlimid loses patent protection, Bristol-Myers Chief Executive Giovanni Caforio said in an interview. His company`s strength has primarily been in solid tumor cancers.

The New York-based drugmaker said it expects six product launches over the next two years - five coming from Celgene`s pipeline. It also highlighted promising early clinical assets it would gain with the New Jersey-based biotech.

Celgene brings experience with potentially revolutionary CAR-T therapies from its $9 billion purchase of Juno Therapeutics and the bluebird collaboration. The therapy takes immune cells from a patient, engineers them to better recognize and attack cancer and returns them to the patient.

The deal could also provide a graceful exit for Celgene CEO Mark Alles, who has only committed to staying through the transition. His rocky tenure included management shakeups and the loss of more than half its market value since October 2017 as an expensive experimental Crohn’s disease drug touted as a future multibillion-dollar product failed and the expected approval of ozanimod was delayed.

Alles, on a conference call, urged shareholders to support the deal.

Jeremy Bryan, portfolio manager at Gradient Investments, which has small positions in both companies, said the Celgene purchase puts Bristol-Myers "on the clock" to do more deals.

Talks between Bristol and Celgene opened in September, with Bristol approaching Celgene, according to two sources familiar with the matter.

IPO fundraising in India drops by 32 per cent

IndiGo receives its first A321 Freighter aircraft for cargo service