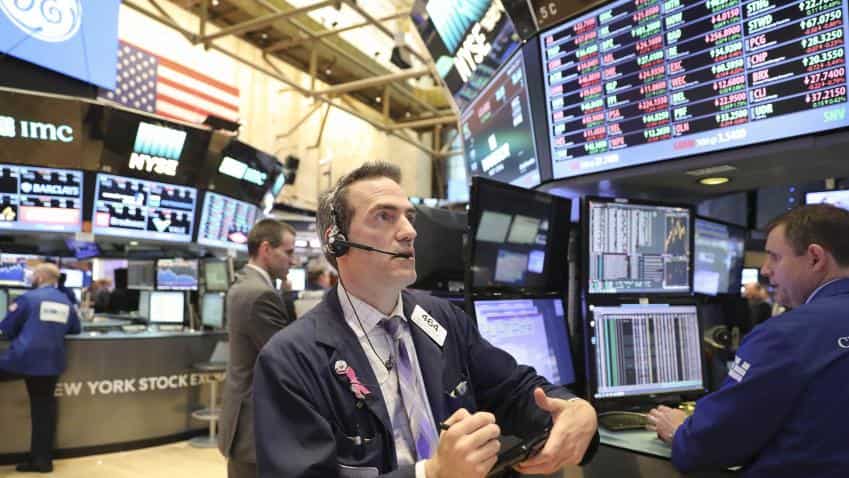 Asian shares eased on Monday, with investor sentiment hurt by a retreat on Wall Street and sliding Chinese stocks, while the euro skidded after German coalition talks hit an impasse.

MSCI`s broadest index of Asia-Pacific shares outside Japan extended losses and was down 0.2 percent.

Australian shares were down 0.1 percent, while Japan`s Nikkei stock average was 0.6 percent lower.

"The new guideline is not the last shoe to drop, or the last piece of bad news," said Li Huiyong, an economist at Shenwan Hongyuan Securities. "The era of tough financial supervision has just begun."

The U.S. House of Representatives on Thursday passed their version of a tax overhaul bill that would cut corporate taxes, but the Senate continued to wrangle over its rival tax bill, with investors uncertain about whether Congress will be able to reach a compromise.

The decision by the FDP means that Merkel will either seek to form a minority government with the Greens or a new election will be held.

"It`s not a total surprise, and this kind of political change will not derail the German economy," said Masafumi Yamamoto, chief currency strategist for Mizuho Securities in Tokyo. "We are seeing this kind of reaction in the Asian session, but we need to see how Europe will react to this news later."

He noted that emerging currencies, which are "usually the biggest victims of risk aversion, are not really falling."

On Monday, the Thai baht rose to its highest in more than 2-1/2 years.

Position unwinding ahead of this week`s Thanksgiving holiday could keep the dollar`s gains in check, market participants said.

With the market nearly fully pricing in an interest rate increase by the U.S. Federal Reserve next month, speculators cut their bearish bets on the dollar for the seventh straight week. The net negative value of positions against the greenback fell to a four-month low in the latest week, according to calculations by Reuters of data released by the Commodity Futures Trading Commission (CFTC) on Friday.

Lower benchmark U.S. Treasury yields also restrained the dollar, as the yield curve continued to flatten. The 10-year Treasury yield stood at 2.325 percent in Asian trade, down from its U.S. close of 2.354 percent on Friday.

Yields briefly rose on Friday, with those on 2-year notes hitting a fresh nine-year peak, after U.S. housing starts surged 13.7 percent to their highest since October 2016.

Spot gold was down 0.2 percent at $1,291.40 an ounce, after it jumped to a one-month high on Friday as the dollar softened amid tax reform uncertainty.

Oil rebounded more than 2 percent on Friday after falling for five straight session as a major U.S. crude pipeline was shut and traders anticipated an OPEC deal to extend curbs on production. [O/R]

But crude prices still fell for the first week in six, pressured by rising U.S. output data and doubts that Russia would support an extension of the OPEC output cut deal.