Airtel to invest Rs 25,000 crore in capex this fiscal 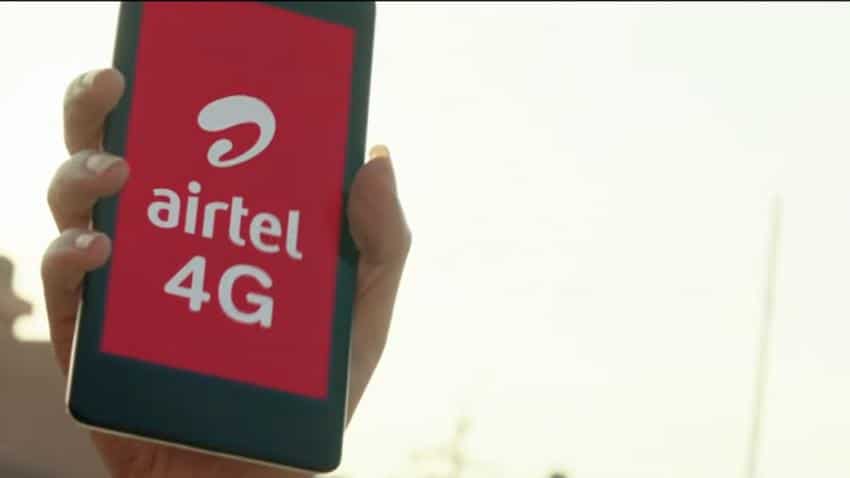 The company also said that it is likely to shut down its 3G network in 3-4 years and refarm the spectrum linked with it for 4G services. Image Source: Airtel ad

Telecom major Bharti Airtel today said that it will invest Rs 25,000 crore in expanding and strengthening its 4G network during the ongoing fiscal year instead of Rs 20,000 crore announced earlier.

"Considering the data explosion in India... to accelerate our 4G roll out in terms of coverage and also build additional capacities in existing geographies..our capex forecast for the year is being upped from initial guidance of Rs 20,000 crore to Rs 25,000 crore," Bharti Airtel Chief Financial Officer Nilanjan Roy said during earnings call today.

The company also said that it is likely to shut down its 3G network in 3-4 years and refarm the spectrum linked with it for 4G services.

"There is almost no spent that we are doing on 3G. Our view is in next 3-4 years we are likely to see 3G network actually shut down faster than 2G network because there are still 50 per cent of phone being shipped out in India that are feature phones," Gopal Vittal, MD and CEO, India and South Asia, Bharti Airtel, said during earnings call.

He said that the company is investing in 4G technology to build more data capacity in the network.

The company will use 2100 megahertz band, which is used for 3G services, for 4G services.

"Where we have the second career of 3G or third career then through flip of software you get incremental capacity on 3G. Most of that spectrum will finally go towards 4G for which we will need to have radio units," Vittal said.

He said that in some telecom circles the company has installed modern 3G equipment which can support 4G services but the initially deployed equipments for 3G services will need to be replaced.

"Some of the older radios are pure 3G which we need to replace. It will take its time. I think that the answer for that will be function of how fast pick up of voice happens on VoLTE (4G voice call network). The moment that happens voice will not be required to be carried on 3G which can help refarm us 2100 Mhz for 4G," Vittal said.

The telecom major on the previous day posted sixth straight quarter of drop in earnings as its consolidated net profit plunged 76.5 per cent to Rs 343 crore for the September quarter compared to Rs 1,461 crore it registered in the same period a year ago.

However, it recorded four-fold growth in the mobile data traffic during the reported quarter in India, and its mobile broadband customers rose by 33.6 per cent to 55.2 million.

An Airtel representative on the call said that revenues will be further hit to the tune of 4 per cent of its consolidated EBITDA or around Rs 300 crore in the ongoing quarter due to the reduction in mobile call connection charges to 6 paise applicable from October 1.

Mobile companies charged 14 paise a minute for allowing a domestic call from a rival operator to terminate on their network before October 1. The Telecom Regulatory Authority of India, the body which determines it, has made it 6 paise per minute from October 1.

The consolidated revenues for the just-ended quarter, at Rs 21,777 crore, represented a year on year drop of 10.4 per cent (a drop of 11.7 per cent) on an underlying basis when adjusted for Africa and Bangladesh divested operating units and tower asset sale.

In a separate development, Airtel announced the transfer of its optical fibre business to its wholly-owned subsidiary Telesonic Networks for a valuation of up to Rs 5,650 crore.