Chief executive officers of major aviation companies, including Boeing and Airbus are to attend the grand event in Bengaluru. 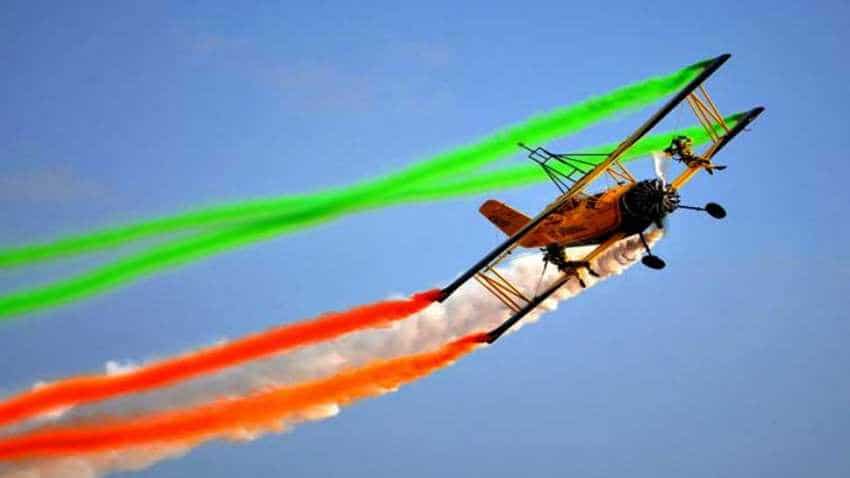 Hindustan Aeronautics hopes to fly multi-role chopper by 2019, yet to finalise engine

The upcoming edition of Aero India, billed as Asia's largest aerospace exhibition, will for the first time see its civil segment integrated with defence one, officials said Friday.

The biennial air show and aviation exhibition, slated to be held in its traditional venue of Bengaluru from February 20-24 next year, seeks to project India's potential as a major aerospace hub in Asia.

"For the first time, the civil segment of Aero India will be integrated with the defence segment at the mega event. And, this year's edition would be on a much larger scale," a senior official said.

Chief executive officers of major aviation companies, including Boeing and Airbus are to attend the grand event in Bengaluru.

"The first day will have a round-table discussion exploring potential of India's aerospace sector. A day will be dedicated to start-ups, and another day will be marked for women, and Indian-origin US astronaut Sunita Williams is slated to attend that day," the official said.

Aero India Exhibition which is organised every two years has already carved a niche for itself globally as a premier aerospace exhibition, with eleven successful editions organised since 1996.

"Exhibitors from 22 countries with 213 companies and 234 domestic companies along with 500 official delegates from 46 countries participated in Aero India 2017," according to Aero India website.

More than 60,000 business visitors and 1,00,000 general visitors attended Aero India's last edition. Air Show of latest aircraft of different countries are arranged at the venue during each day of the show for the benefit of visitors, it said.

The logo of the mega show has been inspired from the Tejas Light Combat Aircraft (LCA).

"The Tejas LCA together with its variants, is the smallest and lightest Multi-Role Supersonic Fighter Aircraft of its class. This single engine, Compound-Delta-Wing, Tailless Aircraft is designed and developed to meet diverse needs of the Indian Air Force and Indian Navy," the website said.

The tagline for Aero India 2019 -- 'The Runway to a Billion Opportunities' -- was created to communicate India's value proposition in addressing the immense opportunities in the Aerospace and Aviation sectors in India today.

The tagline underlines India's status as an emerging hub for the global aerospace industry and draws attention to the investment opportunities under Make in India.

Hindustan Aeronautics hopes to fly multi-role chopper by 2019, yet to finalise engine