The Bigger Fool Theory gaining traction as startups mount – What it is? How it works? 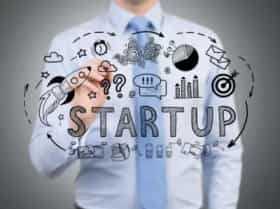 "This is called The Bigger Fool Theory and says that, somewhere in the Investor Universe, at this minute, is a Bigger Fool who is waiting to buy you out," experts said.

They add that nowadays, in parts of Bangalore, when people are done with washing the dishes or online yoga, they register a startup and appoint an investment banker to raise a hundred million dollars or multiples of that.

Then, they look around for ideas to spend this money. Generally, everyone creates an App to do something that has been done perfectly well since the Vijayanagar empire. Like milk delivery.

The one who sets up this skunkworks is called a Founder. But he should be called a Loser, because the only goal of every startup is to burn cash in super-quick time, which process is called Cash-Burn (hope you are impressed). The current National Record in this Event, when reports last came in, is held by a company which earns Re 1 for every Rs 732 that it spends. "Even a spendthrift friend of mine, who is utterly incompetent and runs a chaotic NGO, is in awe of such stellar performance," a CA said.

Generally, anyone who makes money is considered a Supreme Idiot by investment bankers, investors and the deeply philosophical, critically-opinionated experts of WhatsApp University, and no one, not even one of those magna-cum-laude-cum-accent types, wants to be considered an SI. General principle being - Don't waste your money on somebody, who doesn't want more of it.

The idea is that once they raise money and lose it, they can raise more money that they lose quicker than the earlier pile, so that they can raise even more money - this is called Series C for an important reason, which is that it follows A and then B.

They keep on raising money till Series AH, which is when they become Unicorns. A Unicorn is a company that people who are permanently affected by smog-induced shutdown of the frontal cortex of the brain think is worth a billion dollars or more.

The next step is to write this idea down in a Business Plan, which is a document that nobody pays any attention to, unless they are done with work for the day and want to settle down with a cup of tea and some fiction.

This Founder now spends all his time pitching to investors, using words like Traction and Network Effects which no one understands. Anyone who does not use words like Traction and Network Effects is considered to be Supreme Idiot, version 2.0 and escorted to the lift because no one wants to take chances with ignoramuses. If any Founder-Loser wants to raise less than hundred million (Supreme Idiot version 3.0), he is escorted to the lift too, but, in this case, the lift refuses to function - there is such a thing as self-respect, even for lifts -, so he has to walk down the stairs.

They just wait for other clueless investors like them to invest and then they join the party.

And how do investors make money?

The rarified echelons of Higher Finance follow the Cardinal Principle of Advanced Investment Management. This is called The Bigger Fool Theory and says that, somewhere in the Investor Universe, at this minute, is a Bigger Fool who is waiting to buy you out.