Dahiya will take on Russian Olympic Committee's Zavur Uguev in the finals of the Men’s freestyle 57 kg category. He will become the fifth Indian wrestler after KD Jadhav, Sushil Kumar, Yogeshwar and Sakshi Malik to win an Olympic medal. 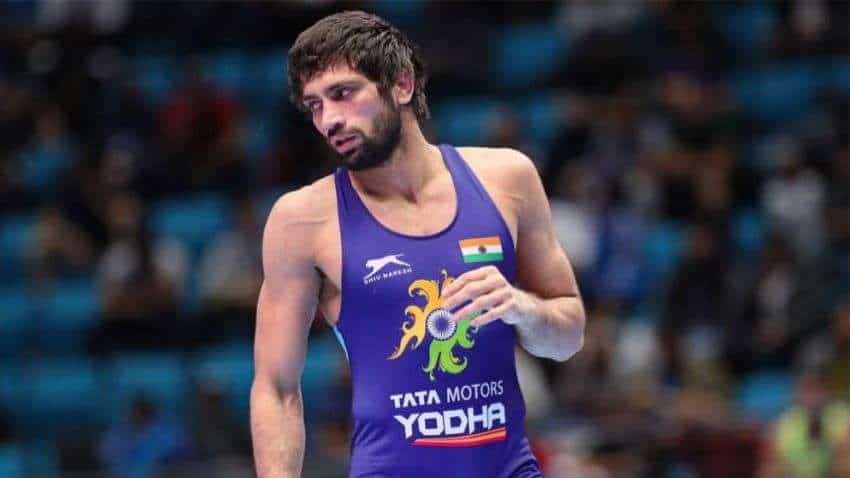 Tokyo Olympics 2020 Ravi Kumar Dahiya vs Zavur Uguev Gold medal match: After the Indian men's hockey team defeated Germany 5-4 and secured the Bronze Medal at the Tokyo Olympics 2020 after 41 years. Now, all eyes are on Wrestler Ravi Kumar Dahiya in the final of men's freestyle 57 kg wrestling. The entire nation is hoping for gold from Wrestler Dahiya!

Dahiya will take on Russian Olympic Committee's Zavur Uguev in the finals of the Men’s freestyle 57 kg category. He will become the fifth Indian wrestler after KD Jadhav, Sushil Kumar, Yogeshwar and Sakshi Malik to win an Olympic medal. Ravi Kumar made a stunning comeback after pinning down Nurislam Sanayev of Kazakhstan in the semifinals with less than a minute left. Kumar was down by 2-9, however, he bounced back and did not concede even a single point post that and then pinned him down in the dying moments to assure a medal for India.

When and where to watch Ravi Dahiya Gold Medal Bout

The bout is scheduled for 4:20 PM IST on Thursday, August 5. The match will be played on mat B of the Makuhari Messe Hall in Tokyo. Sony Sports Network is the official broadcaster of the Tokyo Olympics in India. The bouts can be watched at Sony Ten 1 SD/HD channels. Apart from that Indians can also watch it on the DD National channel. The Tokyo Olympics men’s freestyle 57 kg wrestling final bout can be live-streamed through the Sony LIV app.

Meanwhile, Indian wrestler Vinesh Phogat lost the quarterfinal bout of the women's freestyle 53kg category to Vanesa Kaladzinskay of Belarus by fall at the Tokyo Olympic Games on Thursday. The loss brings an end to Vinesh's hopes of clinching gold in Tokyo, though she can still win bronze through the repechage route.

The 26-year-old Vinesh will now hope for Vanesa to reach the final so that she gets a chance at winning the bronze medal through repechage. Earlier, Vinesh had started her campaign with a comfortable win against Sweden's Sofia Mattsson in the pre-quarterfinals.