25 members from the India contingent will attend the Tokyo Olympics opening ceremony to be held on Friday. Indian hockey team skipper Manpreet Singh is the the flag bearer along with Mary Kom. 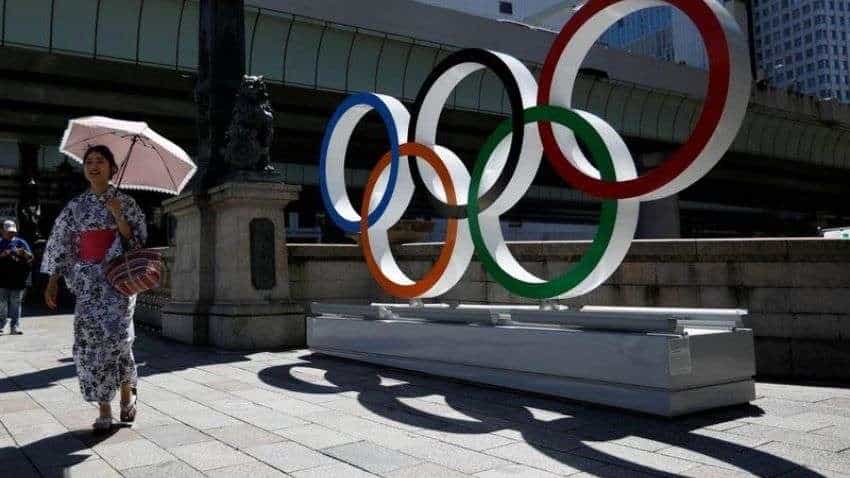 The mega event of sports Olympics is set to begin from today, July 23, 2021 at Tokyo, Japan and will continue till August 8, 2021. 25 members from the India contingent will attend the opening ceremony of the Tokyo Olympics scheduled to be held on Friday.

Indian Olympics Association (IOA) Secretary General Rajeev Mehta confirmed from his official Twitter handle that Ankita Raina has been added to the list of players who will attend the event on Friday evening while Manika Batra and Sharath Kamal from the Table Tennis team will not attend the ceremony. He tweeted, "Change in athletes list - Sharat kamal and Manika Batra of Table Tennis are canceled and Ankita from Tennis is added."

Change in athletes list - Sharat kamal and Manika Batra of Table Tennis are canceled and Ankita from Tennis is added. pic.twitter.com/WxfnZVRyIc

An ANI report stated that skipper of the Indian hockey team, Manpreet Singh will also be there along with the above-mentioned athletes as he is the flag bearer along with Mary Kom.

IOA Secretary General Rajeev Mehta has also tweeted about the event schedule on July 23, 2021. The schedule is as follows:

The Department of Sports has put up a chain of tweets from its official Twitter handle regarding the performance of Indian archer Deepika Kumari. The Dept of Sports MYAS tweeted, "@ImDeepikaK at No 9 in Women's Individual Ranking Round."

In a subsequent tweet, Dept of Sports MYAS said, "With this, @ImDeepikaK  will play against Bhutan's  Karma in 1st round of the Women's Individual Recurve Archery event, to be held on 27th July. Cheer for her!"

An ANI report stated that in Deepika progresses to the quarter final  of the event, she might face top seed An San from South Korea on July 30, 2021.

Contributing towards the 'Cheer for India' campaign, DD Sports will produce a 4 Hours+ discussion based show with Sports celebrities as a precursor to Tokyo Olympics 2020. This special show will be broadcast Live on DD Sports from 11 AM to 1 PM on 22nd and 23rd July, 2021.

Each day, there will be two different sessions with different themes. The two Sessions of 22nd July will be repeated from 7 PM to 9 PM same day and from 9 AM to 11 AM next day on July 23rd on DD Sports.

2. Special DD Sports show recorded with Sports celebrities as a precursor to the Tokyo Olympics - 12:00 PM to 4:15 PM