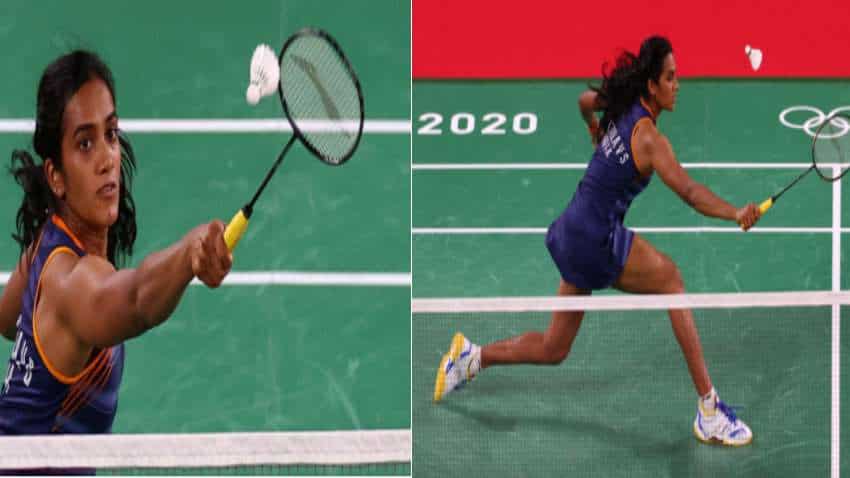 With powerful smashes and decisive backhands, China`s Chen Yu Fei and India`s PV Sindhu destroyed their opponents in under 30 minutes, while a tearful Nozomi Okuhara from Japan overcame a far weaker player after a struggle.

"It was quite an easy match," Rio 2016 Olympics silver medalist Sindhu said at Musashino Forest Sport Plaza, adding that she knows she has the hopes of a billion people behind her.

Though Sindhu, who was beaten to the gold at Rio by Spain`s Carolina Marin, is number seven in world rankings, she is considered a serious threat to table toppers Chen and Taiwan`s Tai Tzu-Ying. Marin withdrew from the Tokyo Games in June after tearing her anterior cruciate ligament (ACL).

"Tokyo is a fresh start," Sindhu said. "You can`t expect to be Superman, to think that you will again be a medallist. It`s not like that because everybody is going to be at their top form."

Okuhara - world number three - took the stage just after Sindhu, getting off to a rocky start against Germany`s Yvonne Li, the world number 22 who, surprisingly, had Okuhara cornered for most of the first game.

Crying, Okuhara later said she "felt some difficulty and was suddenly scared and emotional", and that spectators may have cheered her up.

Momota was embroiled in an illegal gambling scandal months before the Rio Games in 2016, and banned by the Nippon Badminton Association. Then world number two, Momota was stripped from the league tables and by the time he got back on the court in 2017, he was ranked 282nd. With a 39-match unbeaten streak, he clawed his way back to the top.

But Momota`s Olympic dreams seemed crushed again in early 2020 when he was in a car accident that left the driver dead and damaged his sight among other injuries. He had time to recover during the pandemic, making a comeback at the All-England Open in March, raising Japanese hopes he can challenge for Olympic gold.