Ahmedabad, March 4 (IANS) Axar Patel took two wickets while Mohammed Siraj dismissed England captain Joe Root as India reduced the visitors to 74/3 in the first session on Day 1 of the fourth Test at the Narendra Modi Stadium on Thursday. 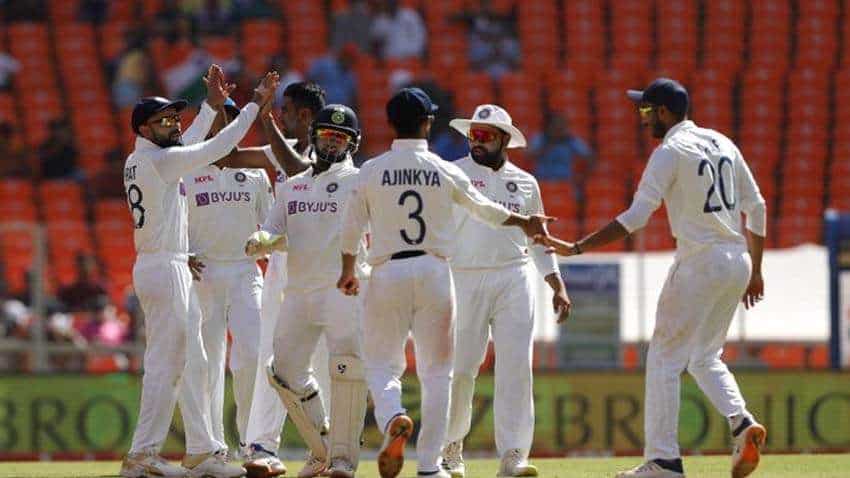 Ahmedabad, March 4 (IANS) Axar Patel took two wickets while Mohammed Siraj dismissed England captain Joe Root as India reduced the visitors to 74/3 in the first session on Day 1 of the fourth Test at the Narendra Modi Stadium on Thursday.

England had chosen to bat after winning the toss, with Root hoping that they could put as many runs on the board before the pitch would start assisting spin.

Patel got the breakthrough for India, claiming a wicket off a straight ball as he did on numerous occassions during the second and third Tests. Dom Sibley (2) played for the turn and the ball grazed his inside edge before hitting the stumps. The opening partnership between Sibley and Zak Crawley (9) lasted just over five overs and produced 10 runs.

Crawley fell to yet another straight ball from Patel in his very next over. Unlike Sibley, however, Crawley was not beaten by the turn. Instead he came down the track in an attempt to loft the ball and ended up miscuing his shot to mid-off where Siraj took an easy catch.

Root (5) was then done in the 13th over by an inswinger from Siraj. The ball hit the England captain`s pads plumb in front of the stumps and Root did not care to go for a review

Jonny Bairstow and Ben Stokes then propped up the England innings, putting up a partnership of 44 runs to see them through to lunch. India brought on Ravchandran Ashwin only 19 overs into the session and he has bowled three overs thus far. Bairstow was on 28 while Stokes had made 24 runs when the umpires led the players back into the pavilion.