Bill Gates and his wife Melinda Gates decided to end their marriage of 27 years. Now the million-dollar question is, how will the assets to this millionaire couple get separated? 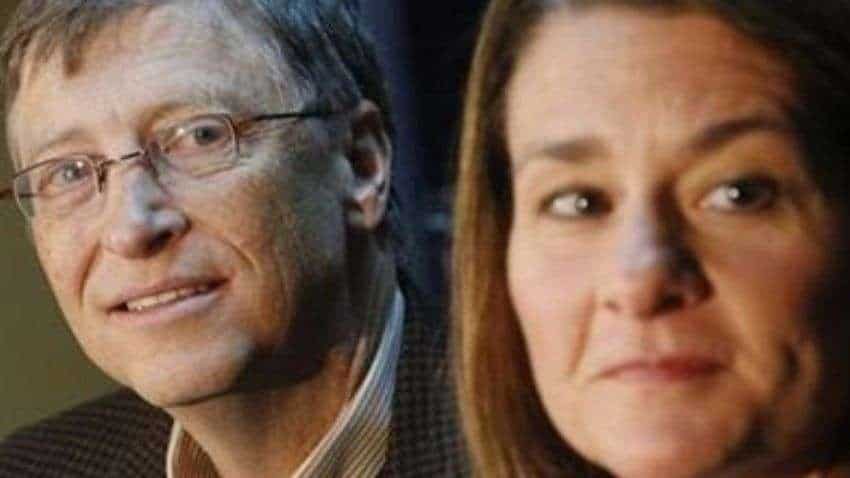 A bombshell was dropped when the world's fourth richest man, Bill Gates and his wife Melinda Gates decided to end their marriage of 27 years. Now the million-dollar question is, how will the assets to this millionaire couple get separated? What are their financial plans?

According to Bloomberg Billionaires Index, an estimated amount of $146 billion is commanded by the couple. As per a report by bloomberg.com, separating the assets in case of the Gates couple is going to pose a bigger challenge than dividing the Bezos fortune, which was largely concentrated in Amazon stock. In 2019, Jeff Bezos and MacKenzie Scott announced their separation after 25 years of their marriage.

It is true that the origination of Bill Gates' net worth lies in Microsoft but shares of the software-maker now probably make up less than 20 per cent of his assets. The reason is because of the fact that he has shifted much of his stake into the Bill and Melinda Gates Foundation over the years. Now, Bill Gates' exact stake has not been disclosed since his departure from Microsoft last year.

At present, Gates’s biggest asset is Cascade Investment which is a holding company. Gates created the company with the proceeds of Microsoft stock sales and dividends, and it is run by Michael Larson. It is through Cascade, Gates has interests in real estate, energy and hospitality as well as stakes in dozens of public companies, including Canadian National Railway and Deere & Co.

Reacting to the couple's foundation and family offices, Monica Mazzei, a divorce attorney, and a partner at Sideman & Bancroft LLP in San Francisco noted that it depends on up to what extent, they are planning to work together. She was quoted saying bloomberg.com, "Even in the most amicable divorces I’ve seen, the preference has been to split the foundation in two so that there’s more autonomy and less intermingling." The same is applicable for the family offices as well.
There are certain anticipations that the assets will be divided into halves. The Washington law states that though anything acquired during a marriage is considered equally owned by both partners that does not necessarily mean that the fortune would be split in halves. Janet George, a family lawyer in Washington with the firm McKinley Irvin confirmed the fact that it is not mandatory to have the assets split in 50-50. She further added, "The courts can award more or less, depending on what is just and equitable.”

The couple has clarified that though they are parting ways in personal lives, they will continue to work together at the foundation as they share the same belief in that mission. The official statement reads, "We continue to share a belief in that mission and will continue our work together at the foundation, but we no longer believe that we can grow together as a couple in the next phase of our lives." The couple has also asked for co-operation for giving the family some space and privacy as they tend to navigate to this new life.