Darshan Somaiya, the CEO of Mission Poisitive world is the India’s youngest business strategist, self made millionaire mentor and a philanthropist. 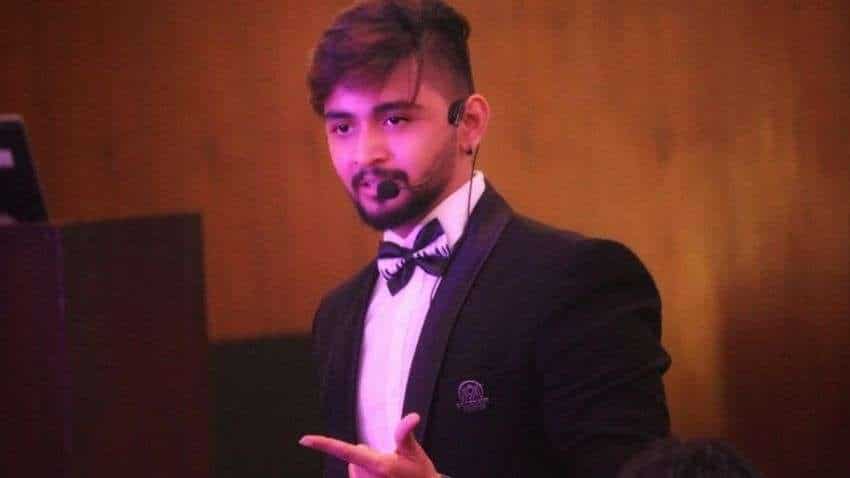 Darshan Somaiya, the CEO of Mission Poisitive world is the India’s youngest business strategist, self made millionaire mentor and a philanthropist. Darshan has been appreciated as one of the most influential success & wealth mentor of the nation. Throughout his 10 years of work journey he has mentored more than 2.3 million people worldwide by taking 1100 live workshops for individuals in various sectors like entrepreneurs, doctors, advocates, pilots, models, actors, therapists, healers, and top influencers  by helping them move closer to their goal of true financial freedom.  He has also worked as the Vice President at GuniGuru.

Born in an Indian middle class family, Darshan had big business dreams but his parents earnings were moderate. This didn’t let him down as his mother inculcated the spiritual wisdom to him since his early age. This spirituality helped him a lot to be mentally strong and mould his life to achieve greater heights in his work front. Darshan has always been a spiritual believer and believes in the concept of what goes around comes around – what we give to the universe comes back to us. He has preached Bhagawad Gita for almost 8 times and it has helped him develop his persuading skills to influence others.

Darshan found his engineering studies unworthy, which made him to quit the mainstream and explore the opportunities which was fostered by his mother buying him American Motivational expert, Tony Robbins’ life-changing DVDs. This set off his first click of business journey at 16 when he held his first career guidance workshop. The spectacular success and the attitude of grit and determination set him on a path of success by stirring young minds with enormous knowledge he had acquired through spirituality, meditation and reading.

From beginning a career at the age of 16, to earning a profit of 1lakh at 18, 1million at 20 and 1Crore profit at 21, he never really looked back. He became the India’s youngest Mercedes’s achiever at 25 and is currently CEO of multi-millionaire companies namely- Mission Positive World grossing over 80 Million INR annually.

Darshan is an NLP master who guides and mentor’s business, leaders and entreprenuers to thrive in this economy with a well-strategic approach to earn major profits. His programs give people mastery in various aspects of discovering and dealing with different career choices.

Darshan has his life all sorted with success in his business. He has been able to strike that perfect work-life balance by perfect time management. He works passionately for 150 days in a year and the remaining 100 days are reserved for networking with his mentors, spending time with family, friends and exploring the world. He is a travel bug and loves to explore and travel to some exotic locations around the world like Himalayas. Darshan is adventurous and loves sky diving and trekking.

All in all, Darshan is living his life to the fullest with a successful business in hand, who has it in him to create a Millionaire holistic life for himself and everyone those who he mentors.

Woman turns millionaire overnight, returns all the money; here is why