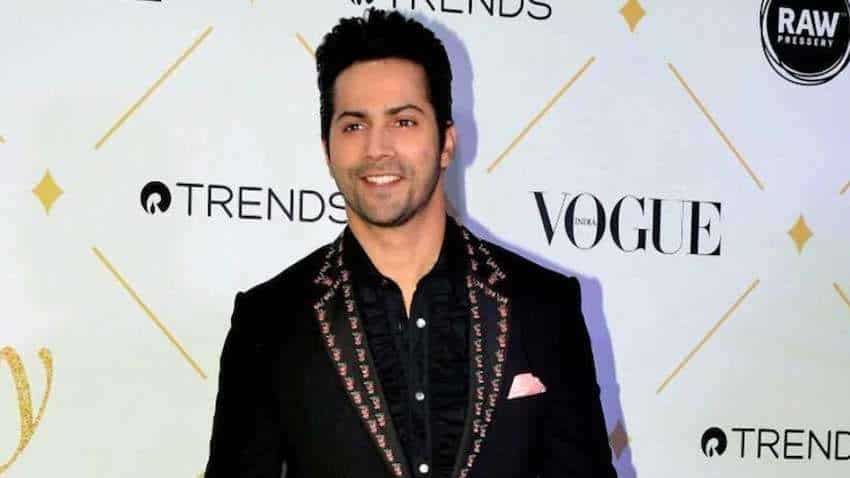 The `Student Of The Year` shared a set of adorable pictures on Instagram that features him happily posing with his wife Natasha Dalal, his mother Karuna Dhawan, his sister-in-law, and his niece.

Taking to the captions, he wrote, "Happy women`s day. Bharatiya naari sab pe bhaari. It`s great that we all post pictures on social media and make this day special but the real job will be done when we actually make our country safe for women."

The recent post contains all the unseen pictures which Varun has shared by himself for the first time on his social media. But what hogged the attention is his first picture with his wife Natasha after their marriage.

The couple got hitched on January 24, this year in a private affair that took place at The Mansion House, an exotic beach resort, in Alibaug.Varun and Natasha stunned in ivory ensembles for their big day, which was attended by close family members and friends. A few other celebrities including filmmaker Kunal Kohli and fashion designer Manish Malhotra also attended the wedding festivities.

The couple reportedly knew each other since their school days. The two fell in love when they met at a music concert years later. However, the duo has always kept their relationship low-key. Varun publicly acknowledged that he is dating Natasha when he posted a photo featuring himself with his girlfriend on her birthday in 2019.

Meanwhile, on the work front, Varun was last seen in his father David Dhawan`s `Coolie No.1`, co-starring Sara Ali Khan. The actor will be next seen in `Jug Jugg Jeeyo` alongside Anil Kapoor, Kiara Advani, and Neetu Kapoor. He also has Dinesh Vijan`s horror-comedy flick `Bhediya` with Kriti Sanon in the pipeline (ANI)