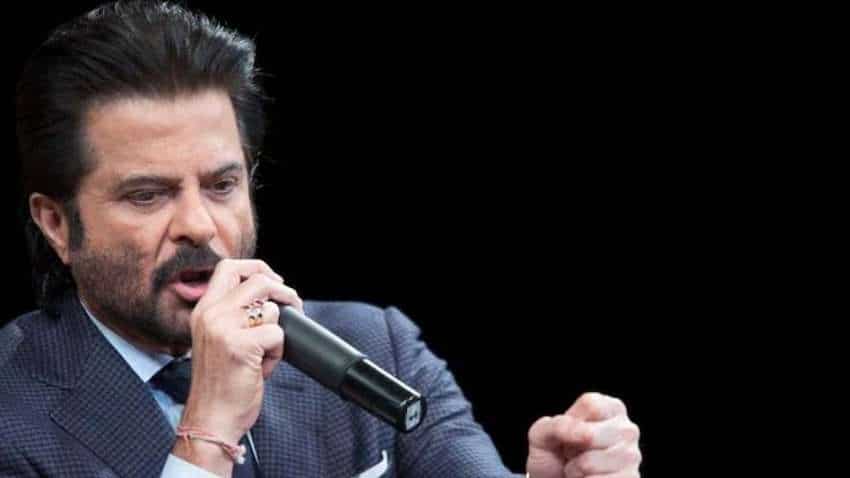 The `Mr. India` star took to Instagram to share an old picture from the family album that features him with his two daughters.

The picture, which looks like a blast from the past showcases a younger Anil Kapoor from the 90s era, as he stands with his daughters Rhea and Sonam holding him from arms.

While the second and third picture are the solo snaps of the birthday girl where she is seen glamorously dressed up for a photo shoot.

Addressing her as his `best daughter`, the `Tezaab` star penned a sweet birthday note for her."Happy Birthday, @rheakapoor ... I truly believe that this year is going to be the best year for you, both personally and professionally," he wrote in the caption.Continuing with the wish, he wrote,"I`m so excited to see the roll out of all your passion projects which you`ve been working so hard on, and I couldn`t be more proud of you... You`re my favourite chef, kickass creative producer, uber-talented stylist and the best daughter... You fill our home with love, joy and light ... love you!!"

With the post hitting the photo-sharing platform, it garnered more than 62,000 likes. Celebrity followers including actor Bhumi Pednekar and Fatima Sana Shaikh also liked the post and sent in birthday wishes.

Earlier, in the day, Bollywood actor Sonam Kapoor also extended birthday wish to her sister Rhea on her special day.Meanwhile, on the work front, Anil Kapoor was last seen in Anurag Kashyap`s `AK Vs AK`, which streamed on Netflix. The comedy-thriller also featured Sonam Kapoor. The `Ram Lakhan` actor will be next seen in Raj Mehta`s directorial `Jug Jugg Jeeyo` along with Varun Dhawan, Kiara Advani, and Neetu Singh in lead roles.

Besides this, he also has Bhushan Kumar, Sandeep Reddy Vanga, and Murad Khetani`s `ANIMAL` with Ranbir Kapoor and Bobby Deol in the pipeline.