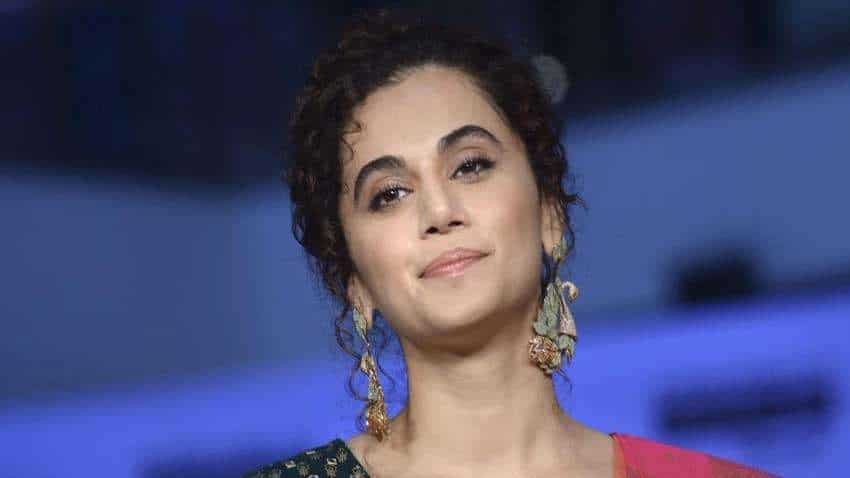 Mumbai, Mar 9 (PTI) Actor Taapsee Pannu and Tahir Raj Bhasin-starrer "Looop Lapeta" is set to release theatrically on October 22. Directed by ad filmmaker Aakash Bhatia, the film is a Hindi adaptation of critically-acclaimed German thriller "Run Lola Run".
"Looop Lapeta" centres around Savi, played by Pannu, who finds herself in a sticky situation when her boyfriend Satya gets unknowingly trapped in a crisis.

The 33-year-old "Thappad" actor took to Instagram and shared a teaser of the film with the release date.
"A comic-thriller we rarely get! Brace yourself to meet Savi and Satya. 'Looop Lapeta' in theatres this October 22, 2021," Pannu wrote.
"Looop Lapeta" is produced by Sony Pictures Films India, Tanuj Garg and Atul Kasbekar's Ellipsis Entertainment and Aayush Maheshwari.
The film was shot in Mumbai and Goa starting from November and wrapped up its schedule last month.
Apart from "Looop Lapeta", Pannu will also be seen in mystery-thriller "Haseen Dillruba", scheduled to release on Netflix, sports-drama "Rashmi Rocket", biopic on Indian women's cricket team captain Mithali Raj, titled "Shabaash Mithu", and Anurag Kashyap's "Dobaaraa".
Recently, the Income Tax Department searched the homes and offices of Pannu and Kashyap as well as his partners who launched the now shuttered production house Phantom Films.
The searches targeting Pannu and Kashyap, known for their outspoken views on a range of issues, was part of a tax evasion probe against Phantom Films.